Academics College of BILT – Business, Innovation, Leadership and Technology School of Design and Art Cody Gallery Past Gallery Exhibitions Dave Eassa: People and Places You Don’t Know How to Know 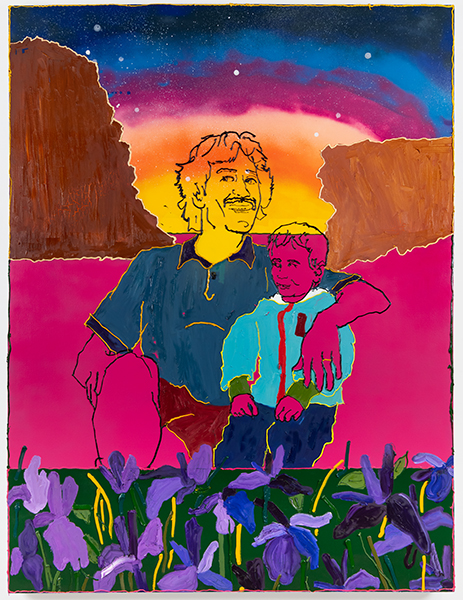 Dave Eassa: People and Places You Don’t Know How To Know

For his exhibition at Cody Gallery, Eassa presented an immersive installation featuring 4 large scale paintings and several mixed media sculptures emerging from a sand covered floor, traversed by a walkway made of reclaimed wooden planks. The overall effect is that of a Levantine desert, including expansive blue skies, a 10 foot tall archway and symbols of his ancestral cultures. 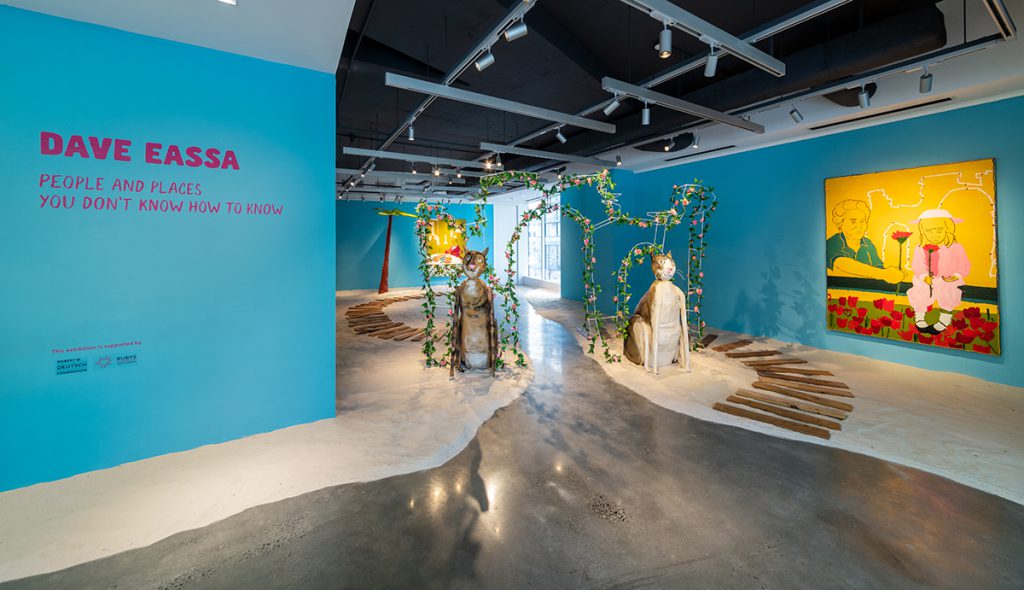 This body of work was created through a confluence of personal and world events that sent Eassa down a path of exploration, beginning in Baltimore and ending in the Middle East, specifically Jordan and Lebanon. Eassa’s ancestors immigrated to the United States through Ellis Island from Syria, Palestine and Lebanon, eventually establishing families up and down the East Coast. However, the anti-Arab sentiment that proliferated in the United States in the early 2000s discouraged many diasporic families from outward expressions of their heritage. As a result, the transfer of rich oral histories and cultural celebrations often languished from one generation to the next. For Eassa, the magnitude of that loss is an ongoing journey, realizing now as an adult charting his own life story that as a child he didn’t get to know what was written in his Sito’s (grandmother’s) hands.

A long-time advocate for the healing power of art in communities, Eassa launched an organization that brings art to incarcerated men and women, serves as a global ambassador against youth violence, and fosters community relationships through skateboarding and the Museum world. Following the shooting death of his childhood best friend in 2019, Eassa grappled with feelings of loss, grief, and a longing to examine his most intimate relationships with increased care and curiosity. This trauma catalyzed his excavation of family history and desire to connect with the land and culture of his ancestors. As the pandemic seemed to wane in the summer of 2021, Eassa took the opportunity to leave for 5 week residency at 7 Hills Al-Raseef 153 in Amman, Jordan whose mission is “supporting the development of inclusive public spaces for youth through skateboarding ideology.” There, Eassa hosted art workshops for 7Hills youth members, led a community designed mural in downtown Amman, and traveled to Beirut  to join an international coalition of volunteers to help build Lebanon’s first public skatepark and connect with the Arab people. Immersed in his culture, shepherded by the community of skateboarders and artists he met, he felt both like he’d come home and that he was distinctly American in a foreign country, a sentiment with which many of those from any diaspora often identify.

“My work explores all the parts of being human,” says Eassa. “The good, the bad, and the ugly, the things that are sometimes too big to say out loud, sometimes are too quiet to make a noise, and everything in between.” 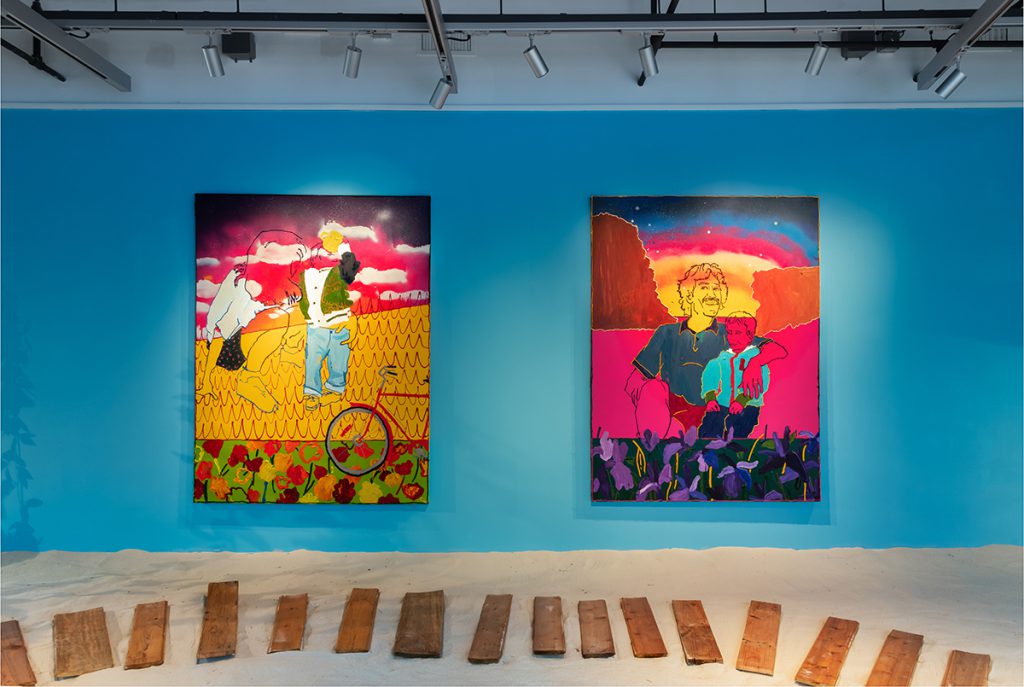 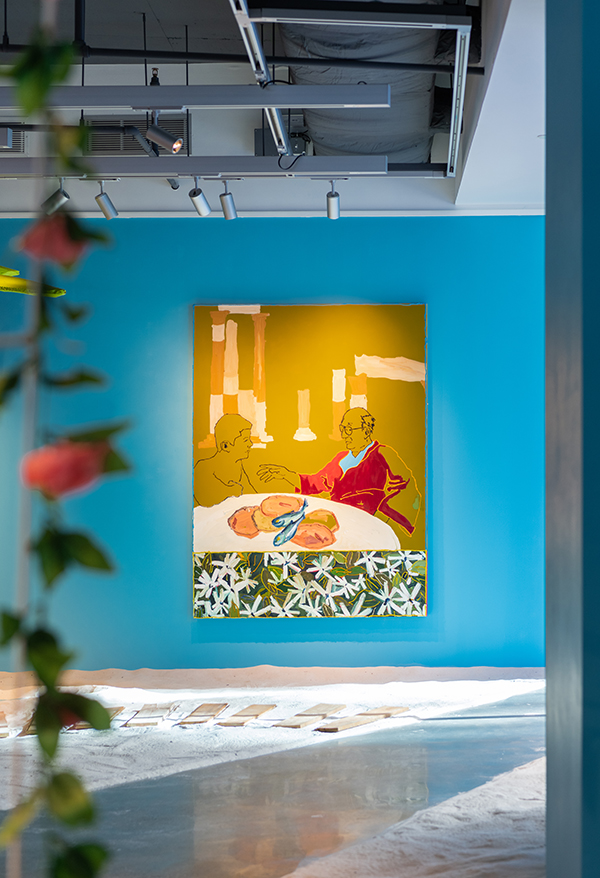 All of Eassa’s nuclear family members are depicted in his paintings including his paternal grandparents, Sito and Gido, each at a moment that stands firm in his memory. Each of these scenes of familial intimacy exists in a backdrop rife with symbols of the Levantine world and each with a bar of flowers across the bottom edge; Jasmine, Poppies, Irises and Tulips. In this exhibition, Eassa creates a new history for his family, where they get to exist in the Arab world they left behind so many years ago.

Dave Eassa is a visual artist and cultural worker living and working in Baltimore, MD. His paintings and sculpture allow the viewer space for personal reflection and encourage a broader look outward at the shared human experience. He has exhibited nationally in solo and group exhibitions at institutions and galleries including The Shed Space in Baltimore, MD and SPACE Gallery Portland, ME, Little Berlin, Philadelphia, PA, Good Mother Gallery, Oakland, CA, Signal, Brooklyn, NY, LVL3 Chicago, IL, Marianne Boesky Gallery, New York, NY, and Reh Kunst, Berlin, Germany among others. His work has been published in New American Paintings and The Pinch Journal. He has been awarded grants from the Maryland State Arts Council and was Rubys Artist Grantee, Robert W. Deutsch Foundation in 2021. His public sculpture is on view in Johnson City, Tennessee, as well as the Coldstream Homestead Montebello Sculpture Park and the Harwood Community Garden, both in Baltimore, MD. He has been an artist in residence at Space Gallery in Portland, ME and ACRE in Steuben, WI and most recently was an artist in residence at 7Hills in Amman, Jordan during the summer of 2021.

He was an Open Society Institute Baltimore Community Fellow from 2015 through 2017 where he founded Free Space, a program which brings the arts to the Maryland Prison system, teaching art to men and women’s correctional facilities. He has received grants from the Baltimore Office of Promotion and the Arts, the Contemporary, the Gutierrez Memorial Fund, and the Maryland State Arts Council to support Free Space. He serves on the Board of Advisors for Baltimore Youth Arts, and the Programs Committee for the Baltimore Museum of Industry. He currently is the Director of Public Engagement at the Baltimore Museum of Art working on a range of initiatives that challenge and question what it means to be a museum in present day Baltimore. Through this he established the BMA Lexington Market, a branch of the Baltimore Museum of Art in Lexington Market, the nation’s oldest continuously operating public market. In 2018, he was selected as one of 50 Young Cultural Innovators from across the globe for the YCI Fellowship at the Salzburg Global Seminar in Salzburg, Austria. Over the last year, he has been serving as a Salzburg Global Fellow as part of the recently launched Global Innovations on Youth Violence, Safety, and Justice cross-national collaboration.

People and Places You Don’t Know How To Know is supported by a 2021 Rubys Artist Grant, which is a program of the Robert W. Deutsch Foundation. 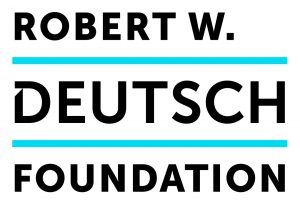