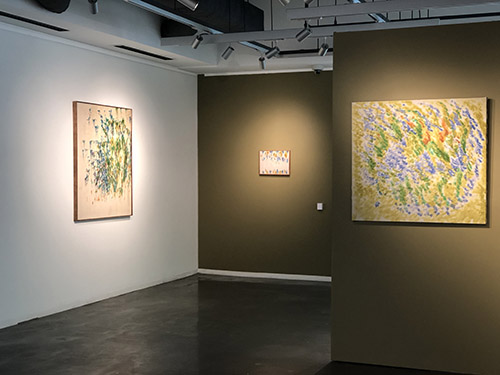 Cody Gallery is pleased to present an exhibition of work by Mary Ryan Orwen (b. New York, NY 1913; d. Rochester, NY 2005). Her work, often expressive in color and form, investigates mark and the utility of globs, patches, and drips. Steeped in non-objective approaches when based in New York, once in Washington her work was re-rooted into a discipline of working from and responding to nature. 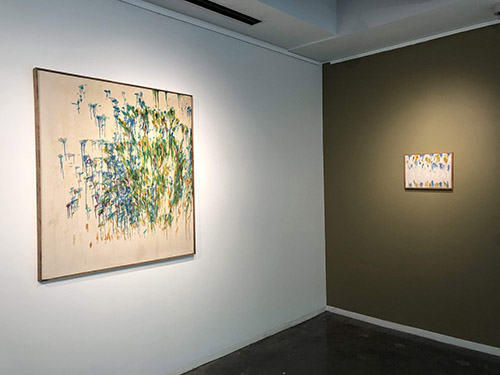 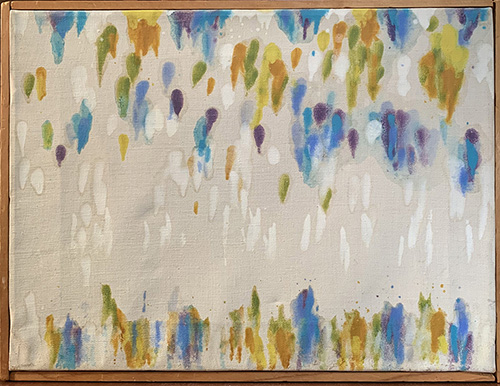 An emerging artist in New York in 1939, Orwen’s interest in the emotion of non-objective painting convinced her to abandon all other art. Her work caught the eye of Hilla Rebay, founding director of the Museum of Non-Objective Painting (now the Solomon R. Guggenheim Museum), where Orwen would eventually exhibit in 1940 and 1942. After marrying Gifford P. Orwen in 1947, they settled in Washington, DC, where Gifford was employed by the State Department.

In DC, Orwen sought camaraderie in the nascent art department at American University, where she frequently exhibited at Watkins Gallery, and would periodically teach in the summers. It is likely through her associations with William H. Calfee and Robert F. Gates that the object re-emerged in her paintings, drifting between pure non-objective mark-making and work reminiscent of the titles she gave them: like “Sea Chant,” “Hollyhocks,” and “Gold Sea Growths.” Her work quickly garnered critical success. In 1949 she was awarded an “Artist of Tomorrow” by Whyte Gallery, and received awards from the Corcoran Area Annual in 1949 and 1951.

While recognizable objects returned to some of her paintings in the 1950s and 1960s, her non-objective approaches remained. “The glob of paint, the drip, the patch of color are all legitimate tools,” she wrote of her work in 1959. Orwen moved away from DC to Rochester, NY (by way of West Virginia), but would continue to employ these tools up until her final days. 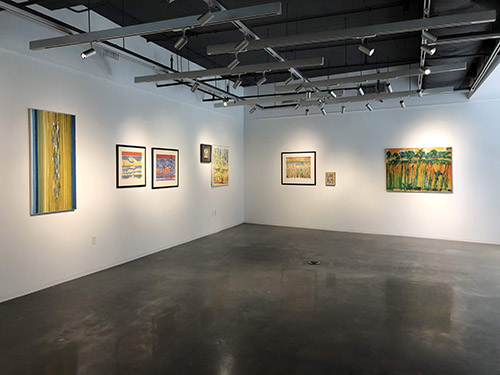 Mary Ryan Orwen received her BA from Mount Holyoke College, South Hadley, MA, in 1935. Upon moving to New York she furthered her studies at the Art Student’s League, studying with Reginald Marsh, Harry Sternberg, and William Zorach, and at The New School, studying with Camilio Egas. After moving to DC, she began teaching at the Mount Vernon Seminary in the early 1950s, and shared a studio with Anne Truitt, from 1952–1957. In 1957, she began exhibiting almost exclusively with the Jefferson Place Gallery, where she continued to exhibit until 1967. In 1970 she was included in the retrospective “Washington: Twenty Years” at the Baltimore Museum of Art, which examined the ascendancy of the DC arts scene between 1950 and 1970. After relocating to Rochester, NY, she continued to paint, teach, and exhibit there for the next four decades, up until her death in 2005.

“Women of Jefferson Place Gallery” has been organized by Meaghan Kent, director of Cody Gallery, and John Anderson. John Anderson is an independent curator and writer. His research into the archives of Alice Denney and Jefferson Place Gallery culminated in the exhibition, “Making a Scene: The Jefferson Place Gallery” at American University Museum in 2017. A catalogue accompanied the exhibition. In addition, he has written several catalogue essays including “Seen and Unseen: Public Artworks by Sam Gilliam and Rockne Krebs,” Washington Studio School, and “Phyllis Plattner,” The American University Museum. Anderson is a contributor to Washington City Paper and re:sculpt.

Our great thanks to the lenders of the exhibition: David Robeson and American University Museum at the Katzen Arts Center.