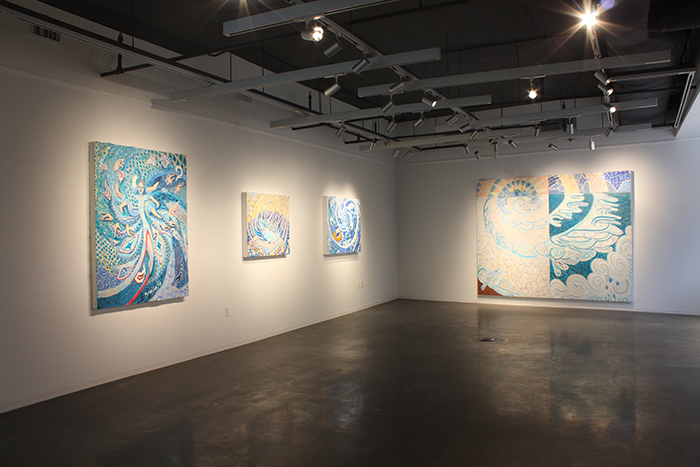 Cody Gallery at Marymount University is pleased to present “The Taking,” a solo exhibition by Negar Ahkami. “The Taking” consists of conceptually linked paintings covering a range of themes, and a monumental installation of fragmented pieces made to appear as broken ceramic shards. The exhibition examines varied instances of appropriation of Persian art and culture in Western civilization, from ancient periods to present day’s politics. In “The Taking,” Ahkami weaves a narrative that serves as a reminder that history and recollection, while often fragmented and broken, may be retold.

“The Taking” is named after the installation of 29 painted fragments and accompanying wall text. Mimicking a museum display of archaeological artifacts, the fragments depict details of actual source material such as paintings, photographs, textiles, ceramics, reliefs and architectural motifs. Each fragment was chosen for its connections to the rich visual legacy of Iran and its neighbors. These details are pulled from a wide range of sources including: an Italian altarpiece, Ancient Greek pottery, a carpet found in a Vermeer painting, and Majolica tiles. At first glance, they may be identified as primarily Western however, the wall text identifies the sources and treats Persian and Ancient Near Eastern contributions as central instead of footnoted. “The Taking” acknowledges these forgotten sources while simultaneously taking liberties, building a narrative from scraps, and finding both pride and courage in new discoveries.

Also included in the exhibition is a range of fantastical paintings that both inspire and are inspired from “The Taking.” The exuberant paintings highlight the ambiguous state of fear and adoration often realized encountering different cultures, often stereotyped as “Other.”  Ahkami depicts enthrallment with exotic stimuli in “The Caftan” –part Orientalist satire, part loving tribute to the escapism of material pleasures.  In this painting, as is typical of Ahkami’s practice, Ahkami builds bas-reliefs of gesso, and paints in repeated glazes of acrylic paint. The effect resembles Iranian ceramic traditions, at the same time as it conjures global iterations of blue and white ceramics and Majolica. In Iranian ceramics, Ahkami finds real global connections as well as a freeing, unrestrictive sense of the hand that serves her expressionistic impulses.

Negar Ahkami was born in Baltimore in 1971 and raised in a New Jersey suburb of New York City.  She attended the Art Students League of New York in her formative years, and received a BA from Columbia University in Middle Eastern Languages and Cultures and a JD from Georgetown University. Ahkami attended Skowhegan School of Painting and Sculpture and received her MFA in Fine Arts from School of Visual Arts, NY. Solo exhibitions include: Leila Heller Gallery, New York (2009, 2013), LMAK Projects, Brooklyn, and recently at Arlington Arts Center where she is a Long-term Artist-in-Residence. Ahkami’s paintings are on view at the North Carolina Museum of Art in The Beyond: Georgia O’Keeffe and Contemporary Art, organized by the Crystal Bridges Museum of American Art from October 13, 2018 – January 20, 2019.  Her work has been featured in The New York Times, ArtNews, Talinn Grigor, Contemporary Iranian Art: From the Street to the Studio (Reaktion, June 2014), Judith K. Brodsky & Ferris Olin, The Fertile Crescent: Gender Art and Society (The Rutgers Institute for Women and Art, 2012), and other publications.

Cody Gallery of Marymount University is located at 1000 North Glebe Road, 2nd Floor. Street parking and Capital Bikeshare are available. The gallery is located near the Metroline Orange: Ballston-MU. Hours are Thursday-Saturday, 12-6pm and by appointment. Email mkent@marymount.edu or phone (703) 908-7782 for further information. www.marymount.edu/codygallery 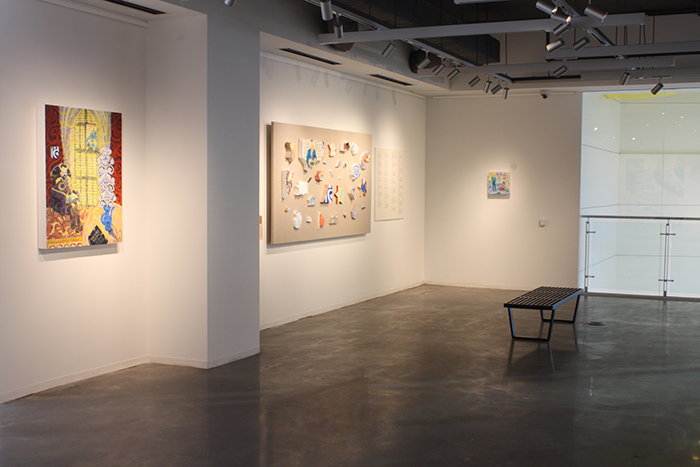 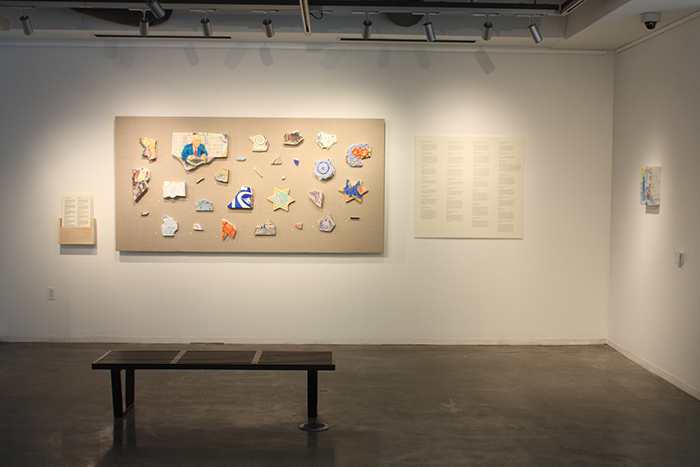