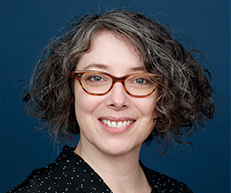 Dr. Tonya Howe was recently awarded a prestigious NEH Digital Advancement Grant for the development of an online database Literature in Context.

“I’ve always been interested in incorporating technology in the classroom,” Howe says. “This project was first envisioned in a way that would allow me to connect the two parts of my interests in 18th century literature and digital humanities, but it has grown into a meta-pedagogical tool, of sorts.”

Students will actively participate in the construction of the texts in the project, and those critically-annotated texts will then be developed into an anthology for later use in the classroom. A web-based source book with a print analogue, Literature in Context will become a freely-accessible and open-source alternative to costly textbooks from commercial academic publishers. It seeks to engage students more fully with the material texts that make up our shared cultural heritage.

Dr. Howe has taught at Marymount since 2006, where her areas of interest are 18th century literature and the digital humanities.