Marymount University will recognize three alumni, one faculty member and two community members for their professional achievements and service to others at the inaugural 2021 Halo Awards Dinner and Ceremony.

The Halo Award recipients include: 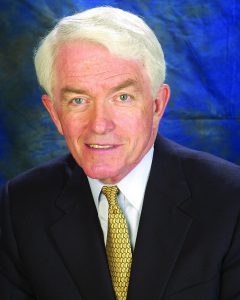 Thomas J. Donohue served as president and chief executive officer of the U.S. Chamber of Commerce from 1997 to 2019, the first person to hold both titles concurrently in the organization‘s history. From 2019 to 2021, Tom served as chief executive officer alongside Suzanne Clark, who was elevated to president of the U.S. Chamber. Concluding the leadership transition, Tom stepped down from his role as CEO in March of 2021 and now serves as an advisor to the organization and a member of its board of directors.

During his tenure, Donohue built the Chamber into a lobbying and political powerhouse with expanded influence across the globe and helped secure business victories on Capitol Hill, in the regulatory agencies, in politics, in courts of law and in the court of public opinion, and before governments around the world. Read More 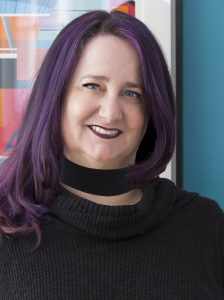 Deb Longua-Zamero is the purple-headed interior architectural designer who, after two decades in the architecture industry, started her own Los Angeles-based design firm, DLZ INTERIORS Inc. in 2007. Her work has been featured in design magazines and publications, was a contributing design expert for The Washington Post, and has received design, community and public service awards throughout her career. Her clients have included a sitting U.S. President, Hollywood legends, high-profile developers and estate owners, to the everyday homeowner. During her time at Marymount, Longua-Zamero was the Student Chapter President for the American Society of Interior Designers, and helped put the University’s Interior Design program on the map by leading the chapter to recognitions of Outstanding Student Chapter for the Mid-Atlantic Region, followed by Outstanding Student Chapter for the U.S.

In addition to her professional achievements, Longua-Zamero has been very active in community service since her days at Marymount University. Early on, she understood the value and importance of giving back. In 1990, after years of volunteerism, Longua-Zamero began pro bono design services to help create long term recovery and housing facilities for the unhoused (run by Samaritan Inns), which has since transform 15,000 formerly homeless men and women into healthy, productive citizens. Thirty years later, as Board Member and Director of Operations for HOUSINGMV: Mar Vista Task Force on Homelessness, and pro bono COO for Asante Mama, a social enterprise in Uganda uplifting farm families out of extreme poverty (18,000 and counting), Longua-Zamero continues to make an impact on her community and the world-at-large. 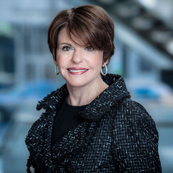 College of Health and Education

Ms. Marlene Malek is a community activist, health care advocate, and patron of the arts. Marlene earned her degree in Nursing from Marymount in 1979 while also raising her children. In addition to being an alumna, Marlene is an extraordinary advocate and volunteer at Marymount. Marlene serves on the Board of Trustees and has been recognized for her dedication and accomplishments with the Mother Gerard Phelan Gold Medal for exemplary Community Leadership, and the Outstanding Alumni Achievement Award. The Malek School of Nursing Professions is named in honor of Marlene and her late husband Frederic V. Malek for their service and commitment to the institution.

Marlene is Vice Chairman of Friends of Cancer Research which is our country’s leading voice in advocating for policies and solutions that will get treatment to patients in the safest and quickest way possible. She serves on the Board of M.D. Anderson Cancer Center, as well as the Duke University’s Cancer Institute. Marlene also served on the Mayo Clinic Cancer Center Leadership Council. Marlene received a Presidential Appointment to the National Cancer Advisory Board at NIH for a six year term.

Marlene was a Presidential Appointee to the Board of Trustees for the J.F. Kennedy Center of the Performing Arts from 2002-2008, and now serves on their International Committee. Additionally, she serves on the Boards of the National Museum of Women in the Arts, Ford’s Theater Society, Vital Voices Global Partnership, Explore Children’s Museum, and the Public Broadcasting for Greater Washington (WETA). Marlene is a member of the Executive Roundtable Board of the Republican Governors Association, and serves on the Board of the George & Barbara Bush Foundation.

The Washingtonian Magazine named Marlene a “Washingtonian of the Year” in 2004, and one of The Most Powerful Women in Washington in 2019.Marlene resides in McLean, VA and has two grown children and five grandchildren. 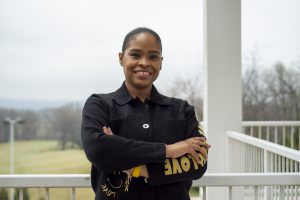 Alyson McNair, a loving wife and mother, was born and raised in Brooklyn, New York.  She started her career at the age of 14 as a Staff Assistant for East New York Betterment, a nonprofit that assisted the elderly. It was there she learned the importance of nonprofits and their ability to help shape and ultimately change communities.

Upon graduating from Hofstra University with a B.A. in Political Science, Alyson relocated to the Washington, DC Metro area to work on Capitol Hill. Shortly thereafter, she was able to transfer her invaluable experience gained from her work on the Hill to the private industry with BAE Systems, a defense contracting company.

At BAE Systems, she worked with the company’s Political Action Committee, Government Affairs, Communications, and Human Resources departments. During her employment with BAE Systems, Alyson understood, even more, the hardships people encountered in their attempts to obtain employment after incarceration. It was with that knowledge she decided to start a nonprofit to address the issue head-on.

Alyson is passionate about Perfect Inc.’s efforts to create a world whereby women with a history of incarceration can receive the proper support needed to become contributing citizens to society.

In 2018, Alyson went back to obtain her Master’s in Business Administration and a second Bachelor of Arts in Fashion Merchandising.  She is in the process of obtaining both degrees from Marymount University. 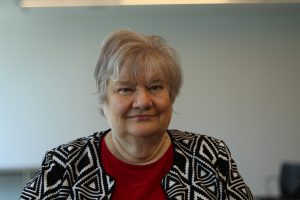 Dr. Diane Murphy is a professor and Director of the School of Technology and Innovation at Marymount University. She was educated and worked throughout Europe before coming to the US, where she worked as a government contractor, serial entrepreneur, and for the last 20 years as a college professor here at Marymount. She is a well-respected professor in the information technology field,  educating students for high level positions in government and industry. She has an expansive portfolio of publications and conference proceedings in cybersecurity and has worked for several years to increase the number and diversity of females in the cybersecurity workforce, including a number of NSF research projects.  She is known for her educational innovation developing and implementing new programs to support our ever-changing digital world. She is actively engaged with students, from introducing high school students to cybersecurity and AI in summer camps to working with doctoral cybersecurity students on their scholarly research. She was named a recipient of the 2020 Commonwealth of Virginia Outstanding Faculty Award for her tireless contribution to education. 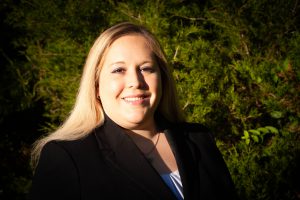 College of Sciences and Humanities

Melissa (Missy) Wagler was passionate about volunteering and serving the American people. She received two Master of Arts degrees in Forensic Psychology and Community Counseling from Marymount University and two Bachelor of Science degrees in Psychology and Marketing from the University of Evansville. Missy was raised in Dallas and Carrollton, Texas, and studied abroad in England at Harlaxton College.

Missy was a Unit Chief with the FBI Cyber Division. She was with the FBI for over 13 years, serving in both leadership and volunteer capacities within her office, and had received numerous accolades, including one of the FBI’s top honors, the FBI Director’s Award, as well as the Office of the Director of National Intelligence Professional Awards.

Missy’s years of volunteer work focused on breast cancer awareness, suicide prevention, and the health and wellness of children. She actively participated with and led local volunteer groups and fundraising events in support of these efforts. Missy was a member of the Junior League of Northern Virginia, Zeta Tau Alpha, her children’s elementary Parent Teacher Association, served on the Harlaxton Board, and formerly on the University of Evansville Alumni Association and CrisisLink Boards. When not working or volunteering, Missy loved traveling and spending time with family and friends.

Missy passed away on August 3, 2021, and is survived by her husband, Derrick, and three children, Grayson (7), Pierson (5), and Lawson (3). Marymount will be honoring Missy’s legacy during the Halo Awards ceremony.