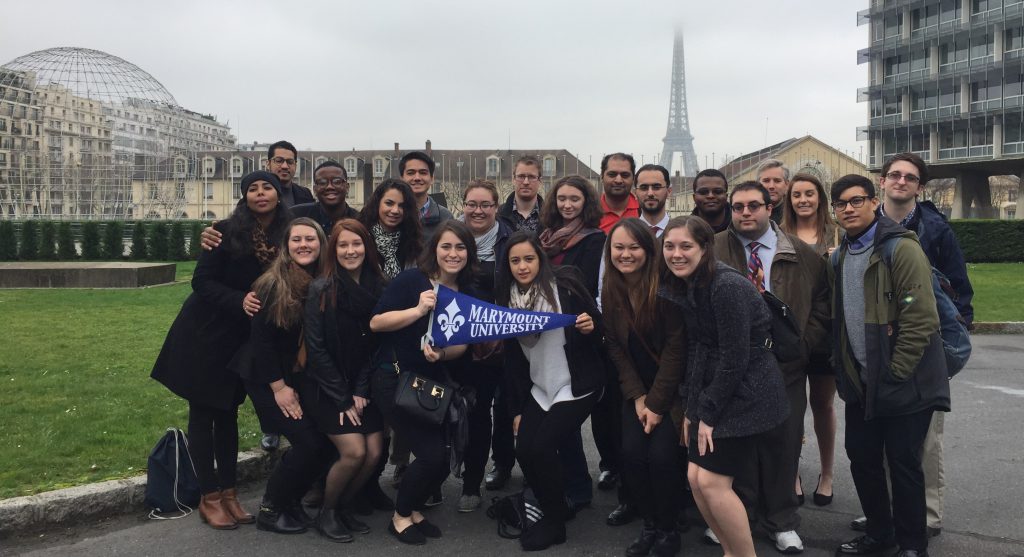 The study of politics encompasses the moral foundations and practical applications of law and justice, the dynamics of elections and the workings of the U.S. Congress and Presidency, the causes of international conflict and cooperation, and the workings of governments and protest and social movements around the world. Politics students at Marymount combine coursework and independent research with site visits and internships at the many government offices, international organizations, and think tanks in the Washington DC area, as well as study abroad programs. Politics majors learn a wide variety of useful skills and have gone on to work for elected officials, on campaigns, for government offices, and at think tanks in Washington and throughout the world.

The politics major (42 credits) is easily accessible both to 4-year students and to transfer students, with many students adding a second major or a minor. Courses in politics can also count toward a politics minor (15 credits), and other university requirements.