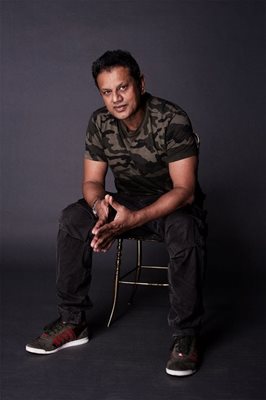 Naeem Khan is a fashion designer based in the heart of the fashion district in New York City.

Born and raised in Mumbai, Khan grew up in a world surrounded by culture, architecture, art, history and design. As a boy, he cultivated a vast knowledge of textiles under the watchful eyes of his grandfather and father, both of whom designed intricate clothing worn by Indian royal families. Khan ultimately moved to the United States as a teenager to become a designer and launched his career as an apprentice for legendary American designer Halston at the age of 20. During his time with Halston, he immersed himself in the ethos of modern restraint and learned the craft of draping and cutting fabric to create a clean, elegant and timeless silhouette. Khan eventually merged this design philosophy with the knowledge he gained from his family’s business to nurture his own unique style, and the Naeem Khan design aesthetic was born.

Khan launched his eponymous collection in 2003 and began selling at Bergdorf Goodman, Neiman Marcus and Saks Fifth Avenue. Since then his collections have adorned glamorous women around the world, including Beyoncé, Jennifer Lopez, Taylor Swift, Rachel McAdams, First Lady Michelle Obama, Queen Noor of Jordan, and the Duchess of Cambridge, Kate Middleton, among others. In 2008, he was inducted as a member of the prestigious Council of Fashion Designers of America and most recently launched the Naeem Khan Bridal collection in 2013. Today the Naeem Khan Ready-to-Wear and Bridal collections are sold at more than 150 retail outlets across the world.