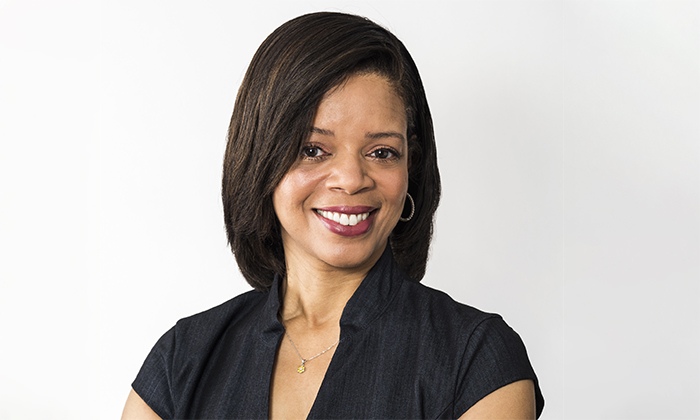 Wanda Witherspoon, a graduate of Marymount University, has been selected to lead racial justice work as the new Chief Diversity, Equity and Inclusion Officer (CDEIO) at Sesame Workshop. Sesame Workshop is the nonprofit organization behind the beloved television program, Sesame Street.

Witherspoon graduated from Marymount with a B.A. in Mass Communications and Public Affairs. She joined Sesame Workshop in 1997 and served as the organization’s Vice President of Public Affairs and Special Events, managing public appearances like United Nations General Assembly events and productions with the Macy’s Thanksgiving Day Parade.

On March 15, Sesame Workshop announced the creation of the CDEIO role as an executive position, and tapped Witherspoon to lead the way in its commitment to equity at every level of the organization.

“Having directly witnessed Sesame Workshop’s impact on diverse communities around the world for more than 20 years, I am thrilled to now lead our efforts to ensure that same impact extends within the organization,” Witherspoon said. “As we redouble our efforts to authentically represent and support children everywhere, I look forward to creating sustainable change and opportunities for Sesame Workshop staff that reflect our deep commitment to diversity, equity and inclusion.”

As CDEIO, Witherspoon will review the organization’s global business practices, ensuring that all processes – vendor selection, employee recruitment, staff development and more – reflect the Workshop’s foundational values. Her responsibilities also include continuing multi-level employee discussion groups and aiding teams throughout the organization as they assess their work through the lens of diversity, equity and inclusion. Witherspoon will retain her public affairs responsibilities.

“From its inception, Sesame Workshop has been a leader in diversity and representation in children’s media. Fifty years later, as we address racism and racial justice more directly than ever before, we hope to set an equally strong example with our business practices and culture,” said Steve Youngwood, Chief Executive Officer at Sesame Workshop. “Wanda’s deep knowledge and love of the brand, along with her passion for creating growth opportunities for everyone in her orbit, make her perfect for the CDEIO role as we step into the Workshop’s future.”

The organization has launched multiple resources in its ongoing commitment to racial justice, including the Sesame Street special The Power of We (with a viewing guide for parents) and a Town Hall called Coming Together: Standing Up to Racism in collaboration with CNN.