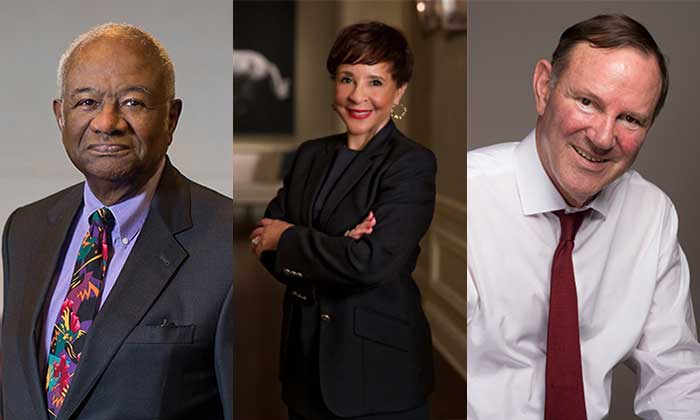 Both Dyke and Johnson will receive honorary degrees during the commencement ceremonies. Graham, who previously received an honorary degree when he was a commencement speaker at Marymount in 1990, will be presented with the Mother Gerard Phelan Gold Medal, which is awarded for achievements of an exemplary nature. Past recipients have included First Lady Nancy Reagan, Baroness Maria von Trapp and others.

For the first time, the ceremonies will be organized by College instead of by undergraduate and graduate levels:

The ceremonies will include students who qualify for graduation from the Fall 2020, Spring 2021 and Summer 2021 semesters. While they are currently planned to be held in person and outdoors, they are subject to change based on health guidance from the CDC and the Commonwealth of Virginia. See below for more information on the commencement speakers. 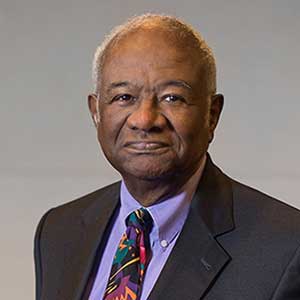 Dyke is a Senior Advisor of State Government Relations at McGuireWoods Consulting. He previously served as Virginia’s Secretary of Education under Gov. Douglas Wilder, and as domestic policy advisor to former Vice President Walter Mondale.

He has been a prominent figure in politics for over 30 years, and has broad career experience in corporate, legislative, education, governmental relations, economic development and municipal law. He was recently named to the Virginia 500: The 2020 Power List by Virginia Business.

In 2010, Dyke was elected chairman of the Greater Washington Board of Trade, the largest regional business organization in the Washington area. He has also served on the WMATA Board of Directors, Fairfax County Chamber of Commerce, Northern Virginia Business Roundtable and State Council of Higher Education in Virginia (SCHEV), in addition to his work as a member on Marymount University’s Board of Trustees. 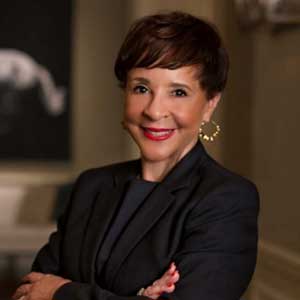 Johnson is the Founder and CEO of Salamander Hotels & Resorts, which operates a collection of luxury properties with over $200 million in revenue located in Virginia, South Carolina, Florida and Jamaica. She’s also Vice Chairman of Monumental Sports & Entertainment, and is the only African-American woman to have ownership in three professional sports teams – the NBA’s Wizards, NHL’s Capitals and WNBA’s Mystics.

She’s well-known for co-founding Black Entertainment Television (BET), and becoming the first African-American woman to attain a net worth of $1 billion.

Johnson has fervently supported education and the arts through fellowships at the Harvard Kennedy School and the Jackie Robinson Foundation. She’s also served as a global ambassador for CARE, a leading humanitarian organization that combats global poverty by empowering women. In recognition of her efforts and accomplishments, she’s received several awards that include the Eleanor Roosevelt Val-Kill Medal, the Lincoln Medal Award and the Women’s Sports Foundation Billie Jean King Leadership Award. 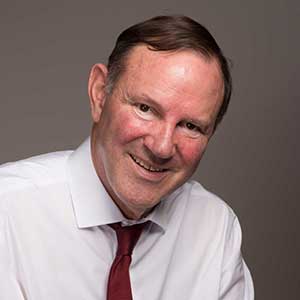 Graham is the Chairman of the Board for Graham Holdings Company (NYSE: GHC), and former publisher of The Washington Post.

After graduating from Harvard, he served in Vietnam with the 1st Cavalry Division and then as a patrolman with the Washington Metropolitan Police Department. Graham then joined The Washington Post as a reporter, and soon was elected to the company’s board in 1974. He succeeded his mother, Katharine Graham, as Publisher of The Washington Post in 1979, a position he held until 2000. In addition to his leadership positions at Graham Holdings Company, he has also served on Facebook’s Board of Directors, and is a trustee of the Federal City Council and Gates Policy Initiative.

Graham co-founded and served as Chairman of the District of Columbia College Access Program, which has helped double the number of DC public high school students going on to college and has provided scholarships for thousands of DC students. Graham co-founded TheDream.US, the nation’s largest college access and success program for DREAMers. Marymount University is one of the program’s founding partner colleges.