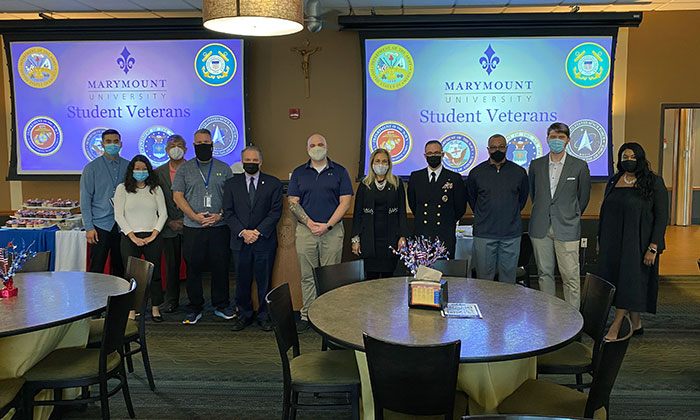 With tremendous gratitude, Marymount University thanked its veteran community members this past Wednesday during its annual Veterans Day Recognition Luncheon, held the day prior to the University holiday.

The event served as an opportunity to announce the University’s intention to create and foster its very own chapter for student veterans at Marymount, in order to connect its student veterans both with each other and with the overall community in a deeper way.

The luncheon’s guest speaker, Capt. James Kennedy of the U.S. Navy, is currently the Deputy Director of Operations and Plans for the Chief of Naval Operations. He spoke on the devotion of military veterans to serving the greater good, and the legacy that their efforts have left on America.

“I ask each of you to pause and reflect on how great this country has been and can be. I ask for you to say ‘thank you’ to a veteran – whether that’s a family member or friend, or just a complete stranger in the street,” Capt. Kennedy told the audience. “A veteran is always easy to find – they still wear parts of their sacred uniform on them, whether it’s a jacket, vest or hat. They wear these things not out of nostalgia but out of pride and in remembrance for their fellow soldiers, sailors, Marines and airmen.”

In recent years, Marymount has been consistently recognized for its military and veteran support services. The University has climbed the list of Best Colleges for Veterans in U.S. News & World Report for three straight years, in addition to being honored as a Military-Friendly College, a Best for Vets College and a College of Military Support by Colleges of Distinction. 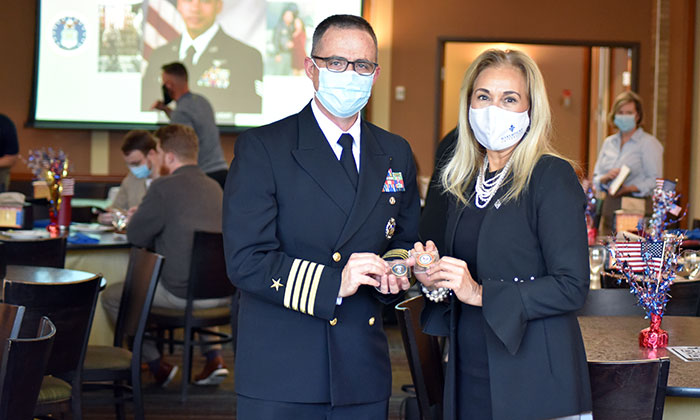 “Here at Marymount, we are committed to supporting our military,” explained Dr. Irma Becerra, President of Marymount University. “Our University’s core values, especially our core value of service to others, calls on us to support our student veterans here…just as they have supported us through their past and present commitment and service to their communities.”

Below are just a few examples of Marymount’s dedicated student and employee veterans. 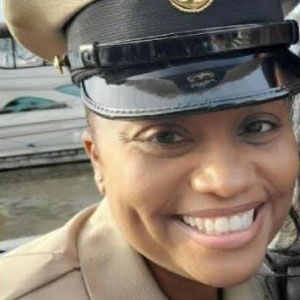 After three years in the U.S. Army Reserve, LNC Edwards transferred to the U.S. Navy in 2001 and was converted to Legalman. Since 2015, she has been affiliated with the Navy Reserve (NR). Her experience includes assignments in Charleston, S.C., Bahrain and the U.S. Embassy in Rome. She is currently assigned to the NR Regional Legal Service Office at the Washington Navy Yard, and is a member of the Navy Reserve Law Program’s Diversity and Inclusion Task Force. LNC Edwards enrolled in Marymount’s Clinical Mental Health Counseling graduate program in Fall 2021. 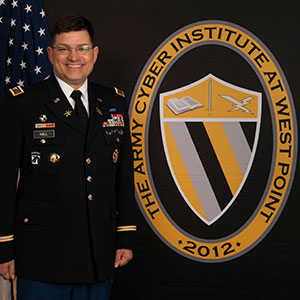 A retired Army Colonel, Dr. Hall – now an Associate Professor in Marymount’s College of BILT – has served as an infantry officer, an operations research and systems analyst, a cyber officer and an academy professor. He served in the infantry and artillery units as well as multiple assignments in the Pentagon, serving on both the Army Staff and Joint Staff. Before arriving at Marymount, Dr. Hall was the Director of the Army Cyber Institute, the Army’s think tank for the cyber domain, where he directed and oversaw research, leadership development and partnership efforts. 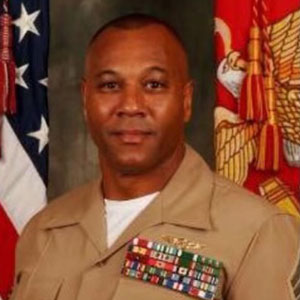 The father of Marymount student Amira Holland, Master Gunnery Sergeant Eric Holland served in the Marine Corps from 1983 to 2011. During his service, he was assigned to Presidential Helicopter Squadron One during the Clinton Administration, Detachment Command for U.S. embassies in Tel Aviv, Israel and Lome, Togo, Peace-Keeping Operations in East Timor, Unified Assistance for Tsunami Relief in Indonesia, Operation Enduring Freedom in the Philippines and Operation Iraqi Freedom. 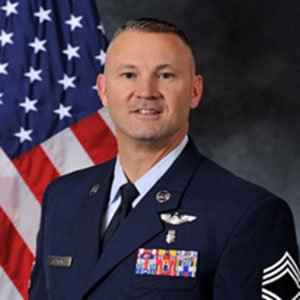 Entering the U.S. Air Force in 1990, CMSgt LaCroix held a variety of leadership roles at the squadron, group, wing and major command level, and was stationed across the country as well as in Germany and Japan. Following 29 years of active duty service, he retired as the Group Chief of the 375th Medical Group at Scott Air Force Base in Illinois. Now, he is the Medical Simulation Technician/Operator for the Malek School of Nursing at Marymount, and is responsible for the clinical and simulation labs for undergraduate and graduate Nursing programs. 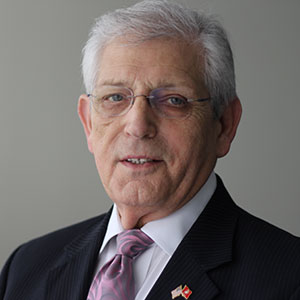 Donald Lavanty, J.D., a Professor of Health Care Management and Legal Studies at Marymount, entered the U.S. Marine Corps in 1967 and served as a member of the Quantico Base Legal Office and the 1st Marine Brigade Legal Office. During his time in uniform, he was awarded the Navy Achievement Medal for outstanding duty during the Vietnam War, prosecuted and defended Marines accused of violating the Uniform Code of Military Justice during the conflict and served as a staff member of the Congressional Marines. He also assisted in a Marine Corps lawsuit that prevented the Air Force from building its memorial on the same grounds as the Iwo Jima Memorial in Arlington, Va. It is today located on the former grounds of the Navy Annex near the Pentagon and Arlington National Cemetery. 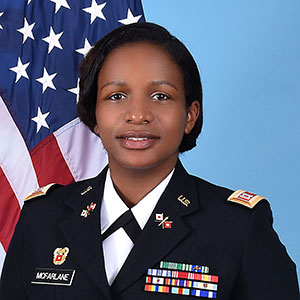 CPT McFarlane began her military career in 2008, and is today the HHD, 74th Troop Command Commander as well as the Cyber Governance, Risk and Compliance Team Manager for the Air Force Commands and Agencies. Her experience includes deployment to Kabul, Afghanistan, as well as a tour with the Cyber Hygiene Assessment Team, as she traveled the 54 states and territories to inspect them on their cyber posture. Already in possession of a Master of Science degree in Cybersecurity from Marymount, she is now pursuing a doctoral degree in Cybersecurity from the University. 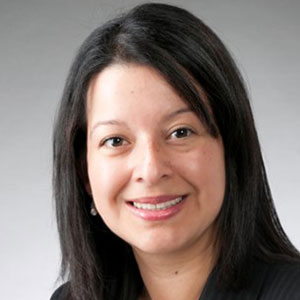 Currently overseeing Marymount’s Office of Dual Enrollment, Rogers served four years of active duty as an Officer in the U.S. Air Force from 2002 to 2006, and two additional years in the Reserves from 2006 to 2008. During her career in the Air Force, she focused primarily on SOUTHCOM operations with several deployments to Colombia, and received the U.S. Air Force Commendation Medal. 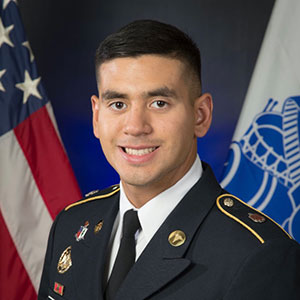 The third generation in his family to serve, SSG Saenz entered the Army after graduation from community college with the intent of pursuing his childhood dream of becoming a physical therapist. As a Preventative Medicine Specialist assigned to Walter Reed National Military Medical Center, he witnessed the adversity facing wounded service members who have lost their physical functionality and mobility due to service-related injuries. He is enrolled in Marymount’s Physical Therapy doctoral program, and plans to return to active duty service after graduation and focus his physical therapy practice on the most severely injured wounded warriors. 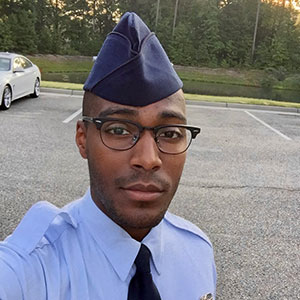 Inspired by his grandfather – a Vietnam War veteran with over 20 years of service in the U.S. Army – to join the military, SSgt Short followed in his footsteps and enlisted in the U.S. Air Force in 2012. During his time in service, he worked in Cyber Operations at Langley Air Force Base in Hampton, Va. Upon leaving the Air Force to pursue higher education, he enrolled in Marymount’s Information Technology program and is currently a senior completing his final semester. 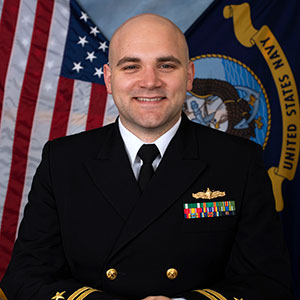 After a commission from the University of Kansas NROTC program with a B.A. in Psychology in 2013, LT Slaughter served on the USS John McCain as the Strike Warfare Officer and Repair Officer. He later was selected as the Navigator and Training Officer for the USS Chief. Finally, he served in the Pentagon on his final active duty tour, working his way to Senior Action Officer and Division Officer for the Chief of Naval Operations Watchfloor. Today, LT Slaughter is a graduate student in Marymount’s Clinical Mental Health Counseling program, and is working towards a doctorate in clinical psychology so he can return to active naval service and help fellow sailors with their mental health. 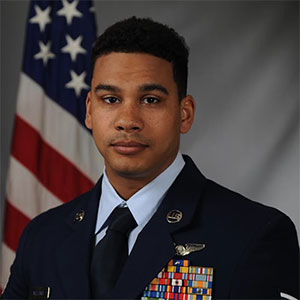 TSgt Williams is an evaluator Sensor Operator with nine years of service. His background spreads across the mission sets of Air Force Special Operations Command, specifically specializing in close air support. He honed his experience as a member of the aircrew on the AC-130U Gunship in support of Operations Inherent Resolve and Freedom’s Sentinel. TSgt Williams is currently pursuing a D.Sc. in Cybersecurity at Marymount.