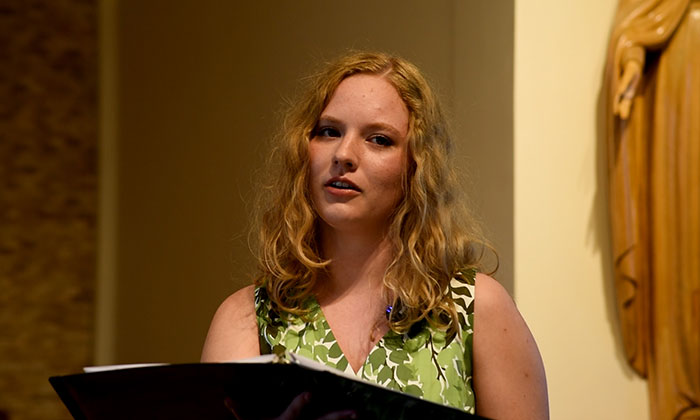 The granddaughter of a refugee from Ukraine who was forced to leave her home due to World War II, Sofia Parfomak knows all too well what millions of present-day Ukrainians are going through since the Russian invasion began in February.

Parfomak, a dual enrollment student at Marymount University and Bishop O’Connell High School, has taken the crisis to heart. Her grandmother lived in a small Ukrainian village and was just six years old when the Second World War broke out. She says the family had to flee in the middle of the night and escape the country in a cattle car, only to end up in a work camp.

“Life was hard for her there – you know, they didn’t have a lot to eat. The current situation in eastern Europe feels so similar to what my grandmother had to go through,” Parfomak explained. “She gets very upset talking about it, and I want to help children who are in that same situation because I don’t want them to go through the same things that she did.”

Inspired to make a difference and serve others, Parfomak decided to organize a benefit concert for the children of Ukraine. On Friday, July 22 at 7 pm, Parfomak and four other high school vocalists – Mary Claire Mea, Kate Stewart, Michelle Stein and Izzy Schweiter – will perform at the Walker Chapel United Methodist Church on North Glebe Road in Arlington. All proceeds will be donated to the United Nations Children’s Fund for Ukraine.

“I thought, ‘what can I do?’ And that’s singing – it’s the thing that I’m best at, and I know that it makes people happy,” Parfomak said. “So I thought, ‘what if there were people who would be willing to hear me and a couple of other girls who are really good singers too?’ If I can exchange their entertainment and happiness for something that could actually help those kids, we can really make a difference.”

Parfomak, a rising senior at Bishop O’Connell who is taking college courses at Marymount, has been singing since she was five years old. She has performed at various professional sporting events in the national capital region, including at games for the Washington Capitals, Washington Mystics, Washington Wizards and Baltimore Orioles. She’s also sung for ambassadors in the area, and even President Duda of Poland.

See below for complete event information:

What:
Benefit concert for the children of Ukraine 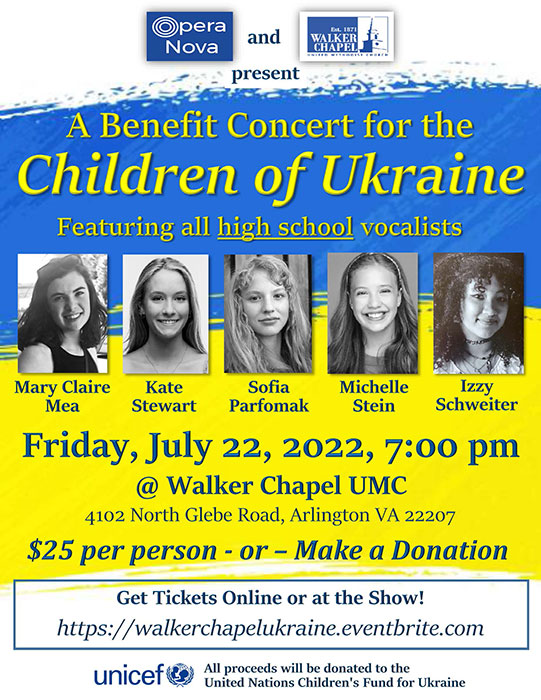