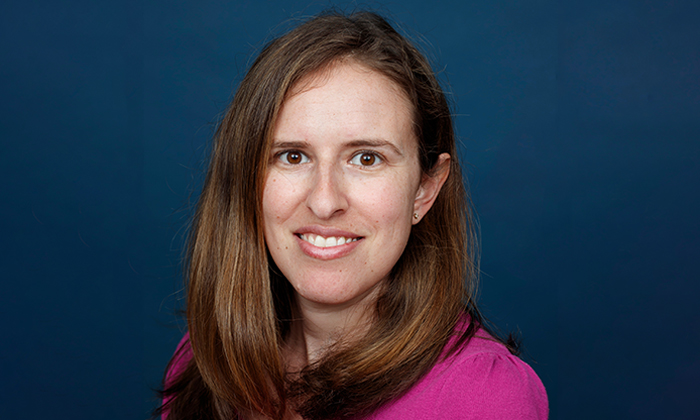 Dr. Cassandra Good, Assistant Professor of History at Marymount University, is writing a new book on the heirs of America’s first president following a 2019-2020 fellowship with the Fred W. Smith National Library for the Study of George Washington at Mount Vernon.

“Often, students don’t realize that being a professor is more than being a teacher – it’s also being a researcher,” Good explained. “We went into this profession because we love researching our subjects and sharing that knowledge with others.”

The book, titled “First Family: George Washington’s Heirs and the Making of America,” has been a project idea for Good over the last several years.

While researching her first book, “Founding Friendships: Friendships Between Men and Women in the Early American Republic,” Good uncovered information about Washington’s line of descendants that stunned her.

“I came across several members of George Washington’s family and wondered why I had never heard of them,” Good said. “I knew Washington had never had children of his own, but I had no idea he had raised nieces, nephews, and step-grandchildren.”

Lingering questions about the founding father’s lineage motivated Good to apply and be awarded the fellowship in 2014 and again in 2019. In her most recent fellowship, Good was chosen for one of three $20,000, six-month opportunities.

Fellows are provided with access to the grounds at Mount Vernon which features the Washington Library, filled with extensive collections of books and documents on the nation’s first president and his family. In addition to countless hours of research and writing, Good also collaborated with expert historians and curators on staff.

“Writing history books takes a long time, especially since we’re dealing with handwritten documents and need to bring in the research of other scholars, but I love the process. I especially love getting to see historic objects – my book will include stories about some of the objects that the family owned.”

And through these historic objects and handwritten documents, Good began to assemble, for the first time, the untold stories of Washington’s step-grandchildren, the Custises.

“Martha Washington was a widow with two children via her first husband, Daniel Parke Custis, when she married George, and one of those children had four surviving children of his own,” Good explains. “Those grandchildren were kids during the Revolution and grew up during Washington’s presidency, and they were celebrities. They made careers out of being Washington’s family, and this became a source of power – both socially and politically – for all four of them.”

Good also made discoveries about the lives of enslaved people owned by the family. She believes her book will be the first to discuss the African-American men and women who were most likely descended from Martha Washington.

After completing the first half of the book’s manuscript and a revision to her book proposal, Good landed a contract with HarperCollins, one of the world’s largest publishing companies.

Good continues to write and balances the book’s development alongside her courses at Marymount. As a professor, she often brings her research into the classroom.

“There’s a great letter I found from Mary Custis Lee to a friend explaining why her husband, Robert E. Lee, surrendered at the Battle of Appomattox Court House during the Civil War. My students transcribed the letter and analyzed a scan of it,” Good said. “I feel really lucky to be able to research, write and teach about early American history.”

“First Family” is slated for release in 2023. For more information on Good and her extensive research, visit her website. She recently recorded a course for The Great Courses on Audible.com called “America’s Founding Women.”