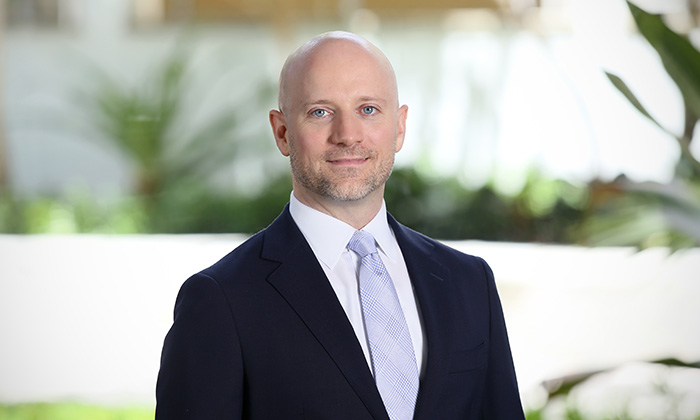 What if fundamental aspects of our natural environment – trees, rivers, ecosystems – had similar legal protections and rights to those that human beings possess?

That question has been on the mind of Dr. Daniel Corrigan, Assistant Professor of Philosophy at Marymount University, over the past few years. The idea of “rights of nature,” which grants legal rights to natural entities, offers an innovative approach to environmental protection in allowing those entities to assert their own legal claims against other parties. It’s also the topic of a new book he co-edited, Rights of Nature: A Re-examination, which was published by Routledge in May.

The book will be presented to an international audience on July 7 through a virtual book launch with the Global Network for Human Rights and the Environment.

“As the idea of rights of nature has gained momentum and these rights have become more widely adopted, it presents not only a timely topic but one that needs further examination,” Dr. Corrigan explained. “The book brings together an international group of scholars from a range of disciplines, including philosophy, political science and law, so it offers a multidisciplinary perspective on the topic.” 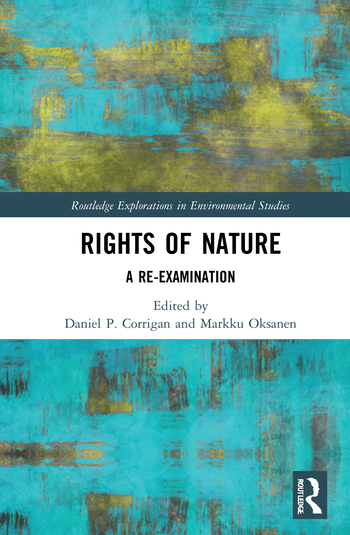 The idea of granting legal rights to nature was first proposed by Christopher Stone, a USC law professor who published the now well-known article, “Should Trees Have Standing?” in 1972. The idea laid dormant for a few decades but has recently made significant advancements, with an increasing number of countries and jurisdictions adopting legal rights of nature. Examples include Ecuador, which has included rights of nature in its constitution; Bolivia, which passed a national law instituting these rights; New Zealand, which has granted rights to a river and other natural entities held sacred by the indigenous Maori people; and the U.S., where a number of localities have adopted such rights.

They include Orange County, Fla., which voted by an overwhelming margin to adopt rights of nature into its county charter. The first legal case involving these rights was just filed in court, and aims to protect several bodies of water from a planned real estate development project. Other domestic locations include Pittsburgh, which adopted rights of nature to prevent natural gas fracking on parcels of land within the city; Toledo, Ohio, whose voters passed the Lake Erie Bill of Rights in order to grant rights to the lake; and a number of Native American communities that have adopted these rights into tribal law in the governing of their reservations.

“There are now dozens of communities in the U.S. that have adopted rights of nature, and I think we will continue to see rights of nature laws put on the ballot and adopted in jurisdictions around the country,” Dr. Corrigan said. “These measures will also continue to be challenged in court by those who oppose them.”

Rights of nature has far-reaching implications for many other areas of human life as well. For example, the COVID-19 pandemic was caused by a zoonotic virus, which is transmitted from animals to humans. As humans encroach further and further into undeveloped wilderness areas, Dr. Corrigan says, there will be increased risk of exposure to such viruses and the formation of future pandemics.

“Rights of nature can help to regulate or limit this type of encroachment and the risk that it brings,” he said. “It will also present new considerations and challenges for businesses as they must navigate and plan around this new legal and policy environment.”

Dr. Corrigan covers the idea of rights of nature in his Environmental Ethics course, as well as the undergraduate Business Ethics and MBA-level Business Law & Ethics courses, in his teaching at Marymount.