Four new members have joined Marymount University’s Board of Trustees. Peter Converse, Jose Rodriguez, Dr. Mary DuBois Sexton and John Shooshan will officially begin their three-year terms on the Board starting October 23, 2019. They bring with them extensive experience in the fields of banking, consulting, finance and real estate.

“We were impressed with this group’s leadership experience and commitment to Marymount’s mission, and we are pleased to welcome them to the Board,” said Dr. Edward Bersoff, Chairman of the Board of Trustees. “I look forward to hearing their ideas and vision for the university’s future.”

“An effective Board of Trustees is essential for any university’s success,” said Dr. Irma Becerra, President of Marymount University. “The key for Marymount to accomplish its goals regarding our Strategic Plan depends, to a large extent, on a Board that is committed to the University. The lifelong achievements and philanthropic efforts of these four individuals are exemplary, and they have made a great impact on the national capital region. They will make excellent additions to our leadership team.”

With the additions, the Board of Trustees now includes 28 members. Trustees may serve a maximum of three terms, each consisting of three years.

About the New Trustees 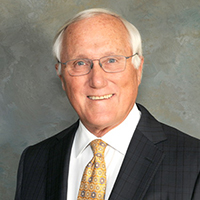 Converse has worked in community banking in the Washington area for over 40 years. From 1994 to 2014, he served as President, CEO and Director of Virginia Commerce Bankcorp, Inc. (VCBI) and Virginia Commerce Bank until VCBI’s merger with United Bankshares, Inc. (USBI) in 2014. Since then, he has been a member of USBI’s Board of Directors, served on the Board’s Executive and Trust Committees and is President Emeritus of the Bank.

Recently, Converse was appointed to the Board of the Virginia Foundation of Independent Colleges and is now a member of the Board’s Development Committee. He is also a recent past Director at the USA Bobsled/Skeleton Foundation and the Board of Directors of Virginia Hospital Center in Arlington.

Converse graduated from Washington and Lee University in 1972. 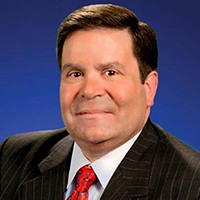 Rodriguez is a partner at KPMG LLP and leads KPMG’s Audit Committee Institute (ACI), which is part of the KPMG Board Leadership Center. In this role, he leads ACI’s initiatives championing outstanding corporate governance to drive long-term corporate value and enhance investor confidence. In addition, Rodriguez also serves as an SEC reviewing partner and a Foreign Filing review partner. He is a frequent speaker on audit committee and board governance issues.

Previously, Rodriguez served as the Chief Operation Officer, Global Audit, Office Managing Partner for KPMG’s Global Services Center, and the East Regional Professional Practice Partner. He was also a member of KPMG’s U.S. and Americas Board of Directors from 2006 to 2011, serving as lead director in 2011, and chaired the KPMG Foundation for numerous years. He was admitted as a KPMG partner at the company’s Miami office in 1995.

Rodriguez earned his Bachelor of Business Administration degree from the University of Miami in 1981.

Sexton has a lifetime of experience in education, in the public sector and in environmental and energy consulting. She most recently served as an adjunct professor at Montgomery College in Rockville, Md.

Her government career began at the Department of the Treasury, where she worked with the initial Revenue Sharing Program and was part of the start-up staff for the Student Loan Marketing Association (Sallie Mae). Later, Sexton worked in the Department of Energy on financial support programs for energy conservation and alternative energy sources.

Following her work in the public sector, Sexton moved to consulting and managed projects for the Environmental Protection Agency, including the Superfund Program, in which she helped to establish the agency’s community relations program at hazardous waste sites.

Sexton has also engaged with her community through serving as president of her local League of Women Voters chapter, and board member of the local Chamber of Commerce. She holds a doctorate and bachelor’s degree from Georgetown University, and a master’s from the University of Virginia. 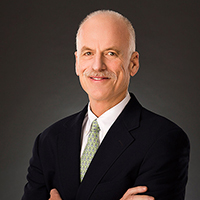 Shooshan founded his company in 1986, and is responsible for directing and implementing its strategic objectives and goals. In 2008, the Shooshan Company completed the Liberty Center North project, a 1 million square foot, mixed-use project consisting of office, residential and retail space. Today, Shooshan is leading the company in its development of Liberty Center South, a 5.35-acre mixed-use project in the heart of Ballston. His leadership recently won the approval of the Arlington County Board for the redevelopment of Marymount University’s Ballston campus.

In 2007, Shooshan helped form Kodiak Realty Services, LLC by combining the property management and engineering services of the Shooshan Company and Fred Schnider Investment Group to create a property management firm. Previously, he served as Mid-Atlantic Regional Partner for Faison & Associates, Inc., and Vice President of Development for what is now known as Brandywine Properties.

Shooshan graduated from the University of Delaware.