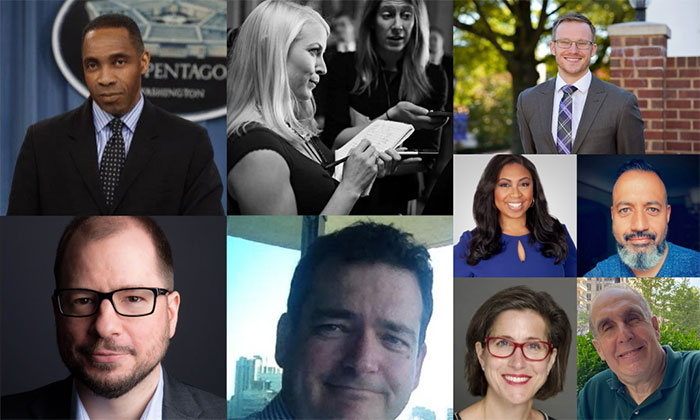 A variety of professional journalists from print, television and digital news outlets made appearances this semester in the University’s Contemporary Journalism and Broadcast Writing & Delivery courses, both taught by Professor Kathleen Murphy Nee, to share their advice and expertise with Marymount students. 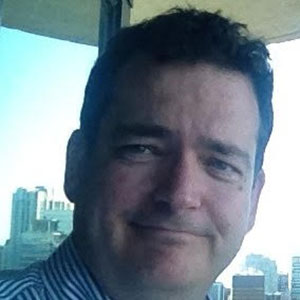 Steve Warmbir of the Chicago Sun-Times, speaking via Zoom, gave students advice about how to get interviews with elusive sources and answered questions about what skills and qualities make a good journalist.

Curiosity about the world is critical for being a reporter, he explained. “You get paid to find stuff out.”

He discussed his love for plunging into documents and history, and figuring out how things are supposed to work – then talking to people about how things actually work. “Usually the difference is a story or multiple stories.”

A passion or borderline obsession for accuracy is also a critical skill for a journalist, he said. “Either you get it right or eventually you go home. Our credibility is on the line all the time.” 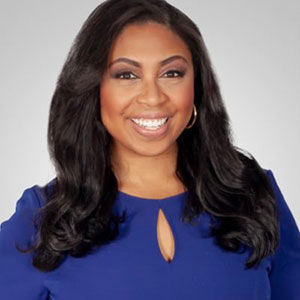 Alexis Rogers, a Murrow and multi-Emmy award-winning storyteller at WISH-TV in Indianapolis, told students that being a journalist is “like you get a backstage pass to life.” Sources are “kind enough to let us in, in their broken moment.” She described a family’s decision to donate the organs of a deceased child, and said “their broken moment ended up helping a lot of people.”

Rogers also recounted experiences as a KATV reporter in Arkansas, including when she encountered the Ku Klux Klan in 2014. They followed her to a gas station during a reporting assignment outside Little Rock, and quizzed her about her presence there. She also said she was “called the N-word by people I was trying to cover.”

“The first time, it is a little paralyzing,” Rogers explained.

Rogers anchors the evening newscast in Indianapolis and is the founder of Lisa’s Girls, a mentoring program for young women. She began her broadcasting career as an anchor and reporter at KOMU in Columbia, Mo. Later, in Cincinnati, Rogers helped create and anchor a news magazine show, Let’s Talk Cincy. 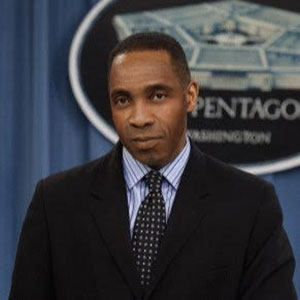 Green, speaking via Zoom, advised students about creating a varied news diet for themselves, including sources of information they disagree with. He told students about journalists he knew personally who risked their lives to deliver news.

“We can never stop trying to help people as journalists, and we can help people by reporting on their situations,” Green said. 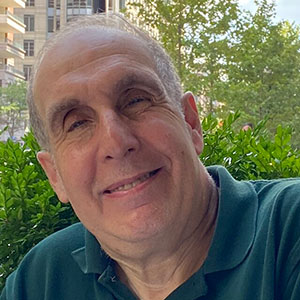 Claude Marx, a senior reporter at FTCWatch, talked to the Contemporary Journalism class in person about how to prepare for a journalism career – which, he says, starts with reading and writing as much as you can.

He advised students to find out what their passions are, be curious and “don’t be afraid to ask questions. Sometimes ask the obvious question. Try to get people to go beyond their talking points.”

Marx has written about implications of certain mergers on consumers, the regulation of advertising and attempts by Congress to overhaul the patent system. As the Washington reporter for Credit Union Times, he also wrote about the impact of legislation and regulations on community banks and credit unions. Earlier, as a political reporter for the Associated Press, he wrote about economic policy and politics for Investor’s Business Daily.

Marx also described an interview he had with then-Governor of Arkansas, William Clinton. After Marx’s car broke down, he asked the governor’s staff for a ride back to town and was offered a seat in the governor’s limo. “Never hurts to ask,” Marx said. 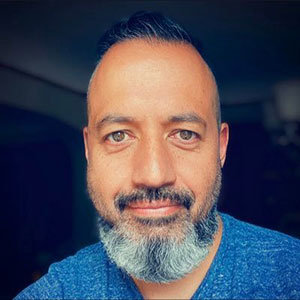 Hugo Balta, associate editor for The Chicago Reporter, spoke to the Contemporary Journalism class on behalf of the National Association of Hispanic Journalists (NAHJ). Balta previously held news manager positions at outlets like MSNBC, ESPN, WCBS and Telemundo New York. He also was news director at Chicago PBS station WTTW-Channel 11, executive producer of the weeknight newscast “Chicago Tonight” and host of the weekly “Chicago Tonight: Latino Voices” before being placed on administrative leave and exiting the company.

Balta talked to students via Zoom about his career path and the values of transparency and fairness in reporting. He offered information about how to connect with NAHJ. 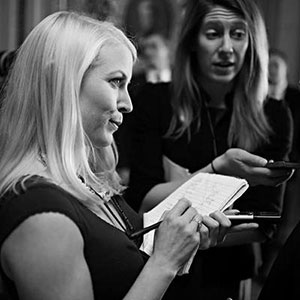 Bloomberg’s Kathleen Hunter spoke to the Broadcast class via Zoom from London, giving students an example of how to turn a print story into broadcast-style writing. She also advised students about using “power words,” and gave tips on how to prepare to talk on TV about a story. She said she tries to quickly summarize what the conflict is in the story, and then makes three points about it.

“I was always nervous I’d be caught not knowing the answer to the question, like ‘how many House members are there from Michigan?’ and I would just go blank and not remember the answer,” Hunter said. “You can kind of reframe the question in your answer.”

Hunter advised students to raise their hands and volunteer for broadcast opportunities whenever possible. Earlier in her career, she worked for Roll Call and Congressional Quarterly, and would frequently be called as a guest on TV programs, which eventually led her to broadcast positions on Bloomberg TV.

“I have two radio hits and two TV hits tomorrow morning, and all of these are for European audiences,” Hunter said. 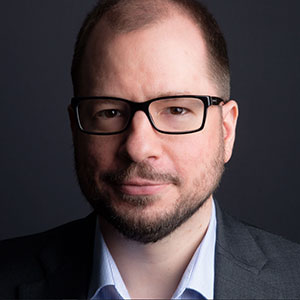 Michael Mishak of Pro Publica spoke via Zoom to the Contemporary Journalism class about investigative reporting. He currently oversees his outlet’s Local Reporting Network, an initiative to support investigative journalism at local and regional newsrooms across the country.

Previously, he was deputy editor of Newsweek and an investigative reporter at the Center for Public Integrity, where his work examining the financial ties between state insurance commissioners and the companies they regulate was a finalist for a Gerald Loeb Award. Mishak has also worked as a staff writer for the Las Vegas Sun, Associated Press, National Journal and Los Angeles Times, and is a co-director of Princeton University’s Summer Journalism Program, an annual journalism and college admissions initiative for low-income high school students. 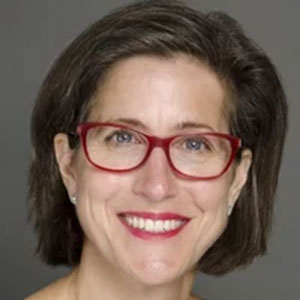 Kelly McBride, NPR’s public editor, talked to the Broadcast Writing & Delivery class via Zoom. Since 2002, she has been on the faculty of The Poynter Institute, a global nonprofit dedicated to excellence in journalism, where she now serves as its senior vice president. She is also the chair of the Craig Newmark Center for Ethics and Leadership at Poynter, which advances the quality of journalism and improves fact-based expression by training journalists and working with news organizations to hone and adopt meaningful and transparent ethics practices.

McBride was appointed as NPR’s Public Editor in April 2020 as the result of a new partnership between NPR and Poynter. Her role is supported by researchers and editors from both organizations, significantly expanding her ability to respond to audience concerns and suggestions. 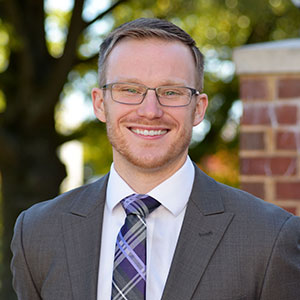 Nick Munson, Marymount’s Director of Communications, also talked to Contemporary Journalism students about his earlier life as a broadcast journalist in Hagerstown, Md. Over a five-year period, he served in a variety of roles at WDVM-TV (formerly WHAG-TV) that included web producer, multimedia journalist and morning news anchor, before his tenure culminated through newsroom leadership in the position of Assistant News Director & Executive Producer. At Marymount, he now develops and implements a comprehensive communications strategy for the institution while overseeing external communication, media relations, content generation, photography and videography, social media strategy, speechwriting and internal communications for the Office of the President.

“I miss the excitement of that field sometimes, but it’s good to try something else as well,” Munson said. “Fortunately, the skills I have gained through my journalism education and my broadcast news experience are highly versatile and can be applied to many different career fields, such as communications and public relations.”

He also answered student questions for stories they planned to pitch to The Banner, Marymount’s student-produced newspaper.