MU was gifted the personal library of Louis D. and Aphrodite Kelley in the 1990s by their godson, Dr. Peter Gomatos, who named the collection in honor of his parents John T. and Agnes J. Gomatos. The collection comprises over three thousand items, mostly books, ranging from the 12th to the 20th century. Recent additions to the collection include: medieval manuscript leaves, 19th and 20th century British literature and poetry, and illustrated editions of children’s literature.

The collection covers a wide range of subject areas. Collection strengths include: 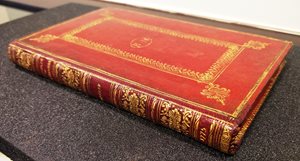