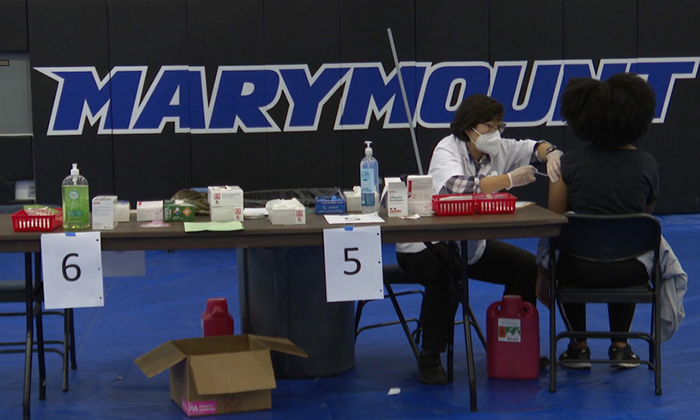 Marymount University will require faculty, students, and vendors to be inoculated against COVID-19.

The decision was announced Friday, less than a week ahead of the university’s second vaccine clinic, in which over 1,000 people are expected to receive their second dose of the Pfizer vaccine.

University President Irma Becerra says students and faculty who were unable to make the first vaccine clinic will soon have the chance to get the Johnson & Johnson vaccine. Marymount surveyed its faculty and staff and found between 80% and 90% of those surveyed wanted to be vaccinated.

“It’s important that we take those precautions, not only because we want everybody to be safe themselves, but also because we want to keep others safe,” Becerra said. “You don’t only get vaccinated for you, but you also do it for others.”

The university will make religious and medical exceptions. According to the Chronicle of Higher Education, Marymount joins over 200 other college campuses across the country that have adopted similar mandates.

Read the original article and watch the video report on WDVM’s website.