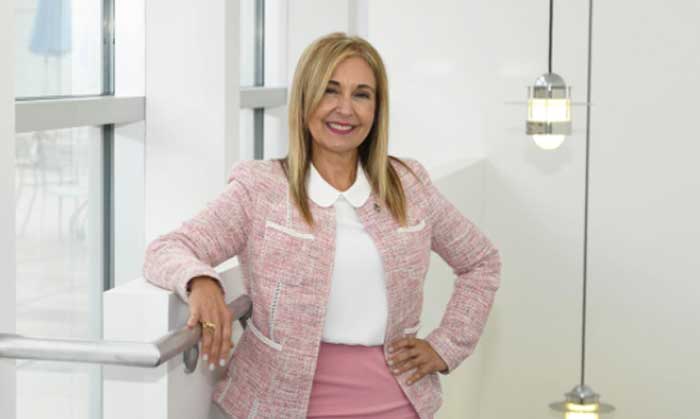 With the new year will come a smaller, tighter academic structure for Marymount University, which has been tapping business leaders to help devise the new strategy that’s also meant to reduce its annual costs.

The small, private Arlington university plans to go from four academic schools and roughly two-dozen departments to three colleges and 10 “interdisciplinary” areas of study, said Irma Becerra, president of Marymount. Each college will now also be coupled with a new business advisory board that the university is launching in an effort to ensure its graduates get what they need from the classroom to succeed in the workplace.

Already, Marymount held five meetings over the course of this year to get tips and advice from industry leaders in health, engineering, IT, business and criminal justice in developing its new model, school officials said. In developing its “MU Engineering” and IT programs, for instance, the university brought in executives from local companies such as government IT contractor Serco Inc. of Herndon, engineering firm Steele Foundation LLC of McLean and cybersecurity and defense IT contractor Trace Systems Inc. of Vienna, according to a spokesperson for the school.

“I want to underscore that word: ‘interdisciplinary,’” Becerra said regarding the university’s planned new study areas. “We know from our meetings with industry leaders that this is what they are looking for. Tomorrow’s employees will be able to understand worlds that were siloed. But we are bringing them together.”

Marymount’s board of trustees has approved the changes, as have most faculty members of the university, which enrolls roughly 3,300 or so students each fall and employs nearly 350 faculty members, according to Washington Business Journal research.

The effort stemmed in part from a quest to curb costs, but university officials say such business advisory boards aren’t a new concept. They were the norm at the university engineering schools that both Becerra and Hesham El-Rewini, Marymount’s provost and senior vice president of academic affairs, had attended, El-Rewini said. Notably, Virginia Tech’s planned $1 billion computer science-focused campus in Alexandria also has a group of business leaders advising it. But, he said, it won’t just be engineering students at the receiving end of this at Marymount.

“What we are doing is bringing this culture to every area,” he said. “Every college will have an advisory board to help guide and understand what the career needs are. This will be a partnership we really appreciate and continue to grow.”

The cost savings of restructuring

Even before the pandemic scrambled budgets and made higher education institutions more cost-conscious, Marymount University had hired Huron Consulting to review its programs to see where the school could be more cost-efficient.

With fewer colleges and majors, university officials said fewer faculty members will need to do administrative duties, which can often entail a stipend payment. By cutting those expenses, Marymount expects to save about $1 million every two years, El-Rewini said. He stressed this would not result in any layoffs.

“Those people will be freed up to go back to the research labs and classrooms,” he said. “We are not letting people go. We are just changing their roles.”

Though, $500,000 in annual cost savings isn’t going to stretch Marymount’s bottom line too much. In fiscal 2019, its operating budget was $91 million.

This year, costs have risen because of the pandemic. Marymount has spent some $3 million on Covid-19-related expenses — things like improving remote education and classroom cleaning. It also lost out on revenue due to fewer students living in campus dorms. And while it has halted 401(k) contributions for employees, the school has not turned to mandatory furloughs or pink slips.

“Saving people’s jobs has been a guiding criteria for us,” El-Rewini said.

Ultimately, the university hopes its new intersection with the business community will pay off. Take this example: While Becerra was earning her bachelor’s and master’s degrees in electrical engineering, she never took a class on how to create a Powerpoint or how to explain many of the complex mathematical concepts she was learning to the uninitiated.

Thanks to input from local business leaders, she said, that won’t be the case for those who leave Marymount’s engineering program.

“The industry is saying it’s not enough to have graduates who are very technical. They also must have strong communication skills,” she said. “During our session, the CEO of Serco, [David Dacquino], highlighted how important that is.”

Another big takeaway from the meetings with business leaders: Graduates needed skills that stretched beyond their majors. Take Cigna, whose hiring managers were at the meetings and urged that students training to be health care technicians also needed an understanding of business, Becerra said.

These are the companies that spoke with Marymount during the five 1.5-hour sessions for each academic program:

Ethics and Leadership in Criminal Justice

Read the original article on the Washington Business Journal’s website.