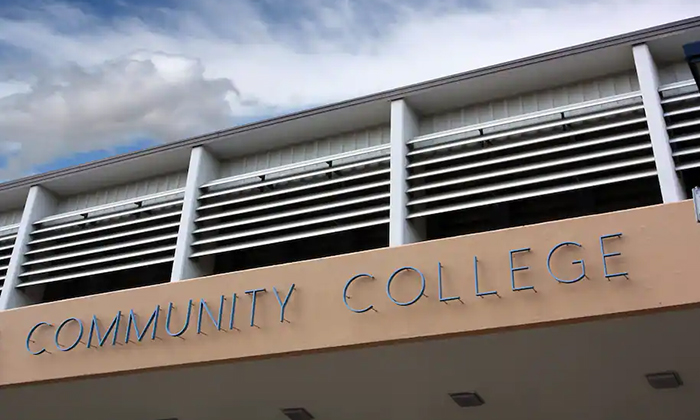 By this point in the coronavirus pandemic, it’s understood that African American and Hispanic communities have been the ones hardest hit, and its members disproportionately affected from health and economic standpoints.

And because of the pandemic’s impact on higher education, its effects could be felt for years to come. According to a Post article, the increasing stream of Latinx students on college campuses in recent years has been threatened with “a 5.4 percent drop in the head count of Latino undergraduates in the fall” and “26.4 percent fewer high school graduates from schools with a high percentage of Black and Latino students [going] straight to college in 2020 compared with 2019.” A reduction in higher education gains for minority students will have far-reaching consequences on the financial health of their communities.

Looking at Virginia specifically — where my institution, Marymount University, is located — both public and private colleges need to be able to do more to close the equity gap. Black and Latinx students are not entering or graduating from college at the same rate as their White peers — meanwhile, the Hispanic population in the commonwealth has increased, many of them immigrants seeking a better life for themselves and their children.

Immigrant families are attracted to the commonwealth because of job opportunities, and their hard work has contributed significantly to the state’s gross domestic product. In fact, it was these new immigrants who put their lives and safety on the line to perform the many essential tasks that were needed to keep the economy buzzing throughout the pandemic.

A March 2020 study released by the Northern Virginia Regional Commission noted that immigrants contributed nearly $60 billion to the NoVA economy, or slightly more than 25 percent of the region’s GDP — and this is only one region of the commonwealth, albeit the largest economic engine in Virginia. We must acknowledge that the Latinx population is overrepresented in front-line jobs, many of which fail to provide a living wage, health insurance or paid sick days.

As a society, we must ask ourselves if the economic opportunity ladder is really there for Latinx children. In Virginia, Latinxs graduate at a rate higher than the national average for Latinxs at four-year institutions — but when considering degree completion and overall attainment, Virginia Latinxs lag behind their White counterparts. In the 2017 to 2018 academic year, Latinxs graduated from Virginia’s two-year institutions at a rate that was 7 percentage points lower than White students. If you look at four-year institutions, the Latinx graduation rate was 8 percentage points lower than the rate for White students.

Many Latinx students are the first in their families to attend college, and they rarely have the luxury of focusing solely on their studies. Even with scholarships and financial aid, frequently they must take on part-time jobs and often full-time jobs to cover the costs of their education. Latinx students who graduate with a four-year degree have an average debt of $25,000, which is an enormous burden to these students and their families, but it’s something that targeted public investments could substantially reduce.

I am proud that 25 percent of Marymount’s undergraduate population identifies as Hispanic, recently qualifying us as Virginia’s first Hispanic-Serving Institution. It’s important to note that small class sizes, a robust mentoring program and a culturally sensitive environment are needed for the success of our students. It’s also critical to facilitate opportunities that build on and acknowledge the unique experiences that immigrant students have lived through — but creating such an environment takes dedication and resources.

Both the federal government and Virginia have a responsibility to help bridge this equity gap. Scholarship dollars to students and institutional support to those colleges and universities that are willing to keep student debt to a minimum for students from low-income households would go a long way in improving graduation rates. I call on these lawmakers to help our colleges become the engines of access and equality that we all want and expect.

Read the original Opinion article on the Washington Post’s website.