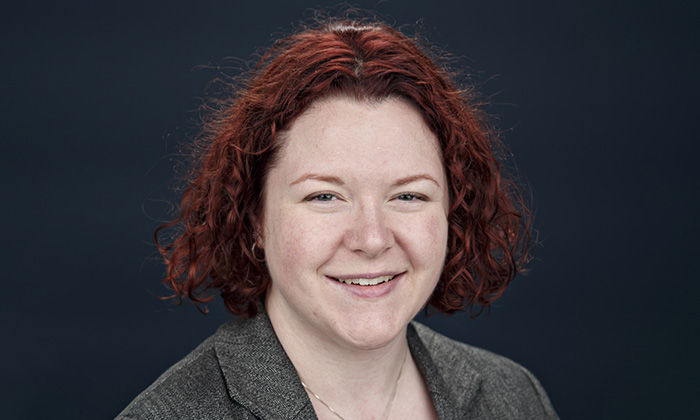 Dr. Amanda Farrell, Associate Professor of Criminal Justice at Marymount University, is on a mission to uncover the hidden wounds suffered by our nation’s first responders.

“There is no way we can ask first responders to expose themselves to the things they see, day in and day out, and not expect it to take a toll,” Farrell said. “That is unrealistic.”

Her research into the mental health of those who serve on the front lines as police officers, firefighters and EMS responders began as a PhD student in 2009, but her gravitation towards the profession and its impact began even earlier.

Following in the footsteps of her family, Farrell studied Criminal Justice and Sociology at Marymount University as an undergraduate before pursuing master’s degrees at both Sam Houston State University and the University of Liverpool, and eventually earned her doctorate degree at Old Dominion University. She garnered first-hand experience in the field through internships and fellowships with organizations like the Metropolitan Police Service in London, the Norfolk Police Department in Virginia and the Federal Bureau of Investigation.

Her research began by taking a deeper look into the aftermath of a critical incident — specifically, officer-involved shootings. She began training in peer support and critical stress management, in addition to crisis intervention.

“As I became more enmeshed in the community, I noticed that there was even less attention paid to some of the other first responder and first responder-adjacent professions outside of the big three – fire, EMS and police,” Farrell said. “This led to expanding my work with forensic personnel to include anthropologists, medical examiners, coroner personnel and forensic laboratory personnel.”

From 2017 to 2019, Farrell served as a contributor, technical writer and subject matter expert on “The Needs Assessment of Forensic Laboratories and Medical Examiner/Coroner Offices: A Report to Congress.” The research culminated in the presentation to the United States Congress and publication of the report in December 2019.

Since the beginning of 2020, Farrell has presented eight lectures and workshops to various organizations, conferences and podcasts on the topics of stress and trauma in the first responder community. In June, she will be one of three panelists on a podcast hosted by the National Institute of Standards and Technology and the American Society of Crime Laboratory Directors. In the web series, Farrell will offer insight into stress and burnout in the forensic sciences.

Her commitment to the subject area continues to grow as Farrell is actively working on five research projects on the impact of stress and trauma.

Over the years, Farrell’s area of focus has become more personal as she has worked with first responders in crisis and experienced the loss of two of her colleagues in the police field to suicide. As a result of her time in the field and the cases she has worked on, Farrell herself has encountered mental health challenges. She was recently diagnosed with PTSD and notes that it’s not always a topic that is openly discussed.

Farrell’s willingness to discuss her diagnosis, and the fact that she sought both informal peer support and professional help, is a way that she can model the destigmatizing of job-related mental health concerns in the first responder community.

“It’s okay to not be okay,” Farrell says.

As a professor, she’s hoping to change the conversation in the professional culture by starting in her classrooms.

“My students are very aware of my work and have met some of my former crime scene partners, as well as research partners, who have guest lectured on related topics,” Farrell explained. “Students should know the potential effects of a career in criminal justice. By establishing self-care, along with effective and positive coping strategies, now they are much better prepared to enter the workforce and be resilient in their careers.”

A new opportunity to continue developing research within the first responder community is taking Farrell back to the United Kingdom. She has accepted a new role within the policing faculty at Liverpool John Moores University in England.

Still, Farrell will continue as a member of the Marymount community as she steps into an adjunct professor role for the upcoming school year.

“I love the students and the classes I teach, as well as my colleagues at Marymount. Having revamped all of the specialty courses that I usually teach to be remote synchronous during the coronavirus pandemic has made it easy for me to be able to continue teaching,” Farrell explained. “It also opens up some exciting and interesting avenues for global partnership and exchange for the Criminal Justice program post-pandemic.”