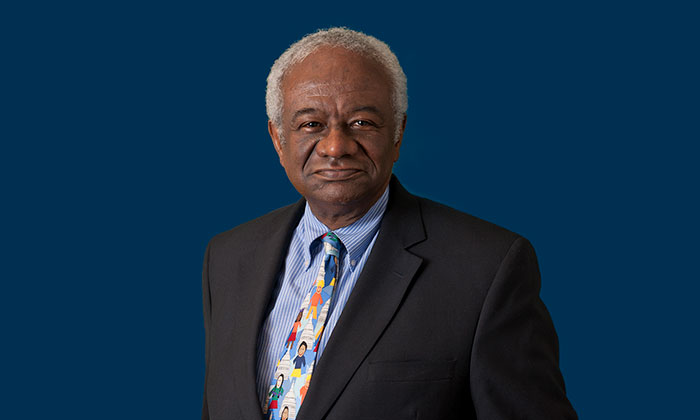 James Dyke, a senior advisor of state government relations at McGuireWoods Consulting and a member of Marymount University’s Board of Trustees, was recently selected by Virginia Business for its “Virginia 500 – The 2020 Power List.”

The Power List is a compilation of the Commonwealth’s most powerful and influential leaders who are chosen based on several aspects – these include annual revenue, newsworthiness, community involvement, diversity and overall presence in Virginia. Click here to view the full list.

In his work with McGuireWoods, Dyke’s clients include three universities – Marymount, George Washington University and the foundation at George Mason University. He is also currently a member of the Virginia Growth and Opportunity (GO Virginia) Board, which allocates funding for economic development initiatives across the Commonwealth.

He has been a prominent figure in politics for over 30 years, and has broad career experience in corporate, legislative, education, governmental relations, economic development and municipal law. Notable positions he has held include domestic policy advisor to former Vice President Walter Mondale, and Secretary of Education to former Virginia Gov. L. Douglas Wilder.

Dyke has previously been included in the Washingtonian magazine on its list of the “150 Most Powerful People” in the Washington region, as well as the Washington Business Journal’s “Power 100” list. He has won the J. Michael Brown award from DuPont, and received the Lifetime Achievement Award from the Northern Virginia Chamber of Commerce.

When asked for his best advice, Dyke says, “always keep the door of opportunity open for those who follow you.”

In 2010, Dyke was elected chairman of the Greater Washington Board of Trade, the largest regional business organization in the Washington area. During his term, he served as co-chair of the Joint Washington Metropolitan Area Transit Authority (Metro) Governance Review Task Force. He was then appointed by Virginia Gov. Bob McDonnell as the Commonwealth’s representative for the WMATA Board of Directors for three years.

An active leader in the local area, Dyke has served as chairman of the Fairfax County Chamber of Commerce and the Northern Virginia Business Roundtable. He has also served or is serving on various commissions and committees, including the State Council of Higher Education in Virginia (SCHEV).