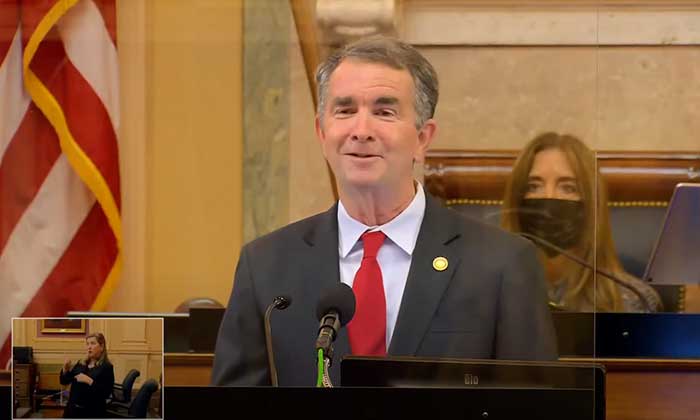 On Wednesday night, Virginia Governor Ralph Northam delivered his third State of the Commonwealth Address to a virtual joint session of the General Assembly, following the theme of “Calling the Commonwealth to action in times of crisis.”

In addition to discussing topics such as the violence at the U.S. Capitol and the ongoing COVID-19 pandemic, he explained proposals to strengthen Virginia higher education – and recognized Marymount University for its efforts to prioritize diversity in enrollment.

Marymount’s designation as an HSI, announced in late November, reflects a significant enrollment milestone. As defined in Title V of the Higher Education Act, HSI’s are not-for-profit, accredited institutions of higher learning with a full-time equivalent undergraduate student enrollment that is at least 25 percent Hispanic.

“Providing a college experience to students from all kinds of backgrounds is a higher calling for us at Marymount,” said Dr. Irma Becerra, President of Marymount University. “Diversity is one of our key core values, and we pride ourselves on opening doors for those who are typically underrepresented at institutions of higher learning.”

In 2019, President Becerra expressed the need for more TAG funding in order to level education access, in this Viewpoint article published by the Washington Business Journal.