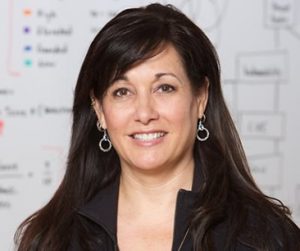 Mischel Kwon was drawn to Marymount University because she always liked being a big fish in a little pond.

“There were also a lot of scholarship opportunities for me as a woman, and as a woman in science and math,” Kwon said. “I also found that it was a good place for an adult to go back to school.”

After Marymount, Kwon went on to be a big fish in a few big ponds, holding key posts in the Department of Justice and the US Computer Emergency Readiness Team (US-Cert). She is CEO of MKACyber, a company she founded in 2010, and was recently named by the National Science Foundation to the inaugural class of the Scholarship for Service Hall of Fame for her outstanding contributions to cybersecurity.

While at the U.S. Department of Justice, Kwon served as its chief IT security technologist and designed and deployed the first Justice Security Operations Center (JSOC) to monitor and defend the DOJ network against cyber threats. She also served as director of the Department of Homeland Security’s U.S. Computer Emergency Readiness Team (US-CERT), spearheading the organization responsible for analyzing and reducing cyber threats and vulnerabilities in federal networks.

An important part of her development was the support she received from other women at Marymount.
“Female professors and mentoring were accessible, and not just in the tech field, but females in hard sciences,” she added. “Most of the department heads when I attended were female. That was a supportive environment.”

Kwon encouraged those who might be reluctant to attend college because they’re older than the typical student.

“To anyone in school or thinking about going back to school, no matter their age, lean forward,” she said. “Don’t be afraid to fail. Make lots of friends and contacts while in college and work to keep them throughout your career. That’s one of the nicest things I was able to take away from Marymount, and the support you can receive from that network can be invaluable.”